If you want to know what are the best AMD CPUs right now then this is this article is for you.

Only the best processors can handle the most demanding and resource-hungry tasks. Apart from Intel, AMD is more affordable, including the latest chip selection. If you are considering building a new pc, then you can choose the AMD CPU. Because if you want to take gaming seriously or want to do many high-demanding works, you will need a processor to handle high-demanding tasks. 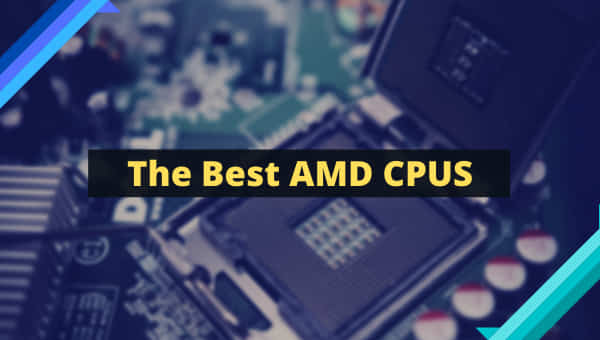 Nowadays, many budget builders prefer to choose AMD CPUs instead of Intel. Because AMD provides balanced performance and the best features, however, in this review, we will show you some of the best AMD CPUs that can handle all of your works.

After doing some intense research, we have chosen the five best CPUs you can consider.

If you don’t have much time, check out Our Recommended AMD Processor.

Here are the best AMD CPUs:


Having an excellent benchmark score, those processors have won many awards and now leading the gaming market. So, if you are a full-stack gamer and want to take it seriously, then you can choose one of those processors. 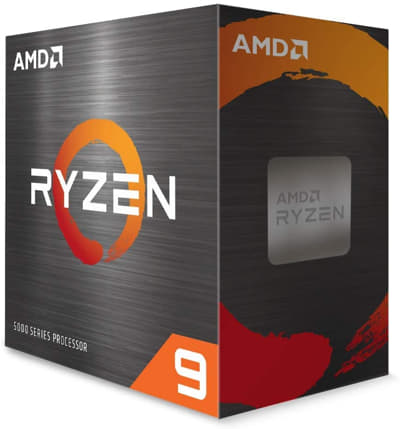 If you are an expert about overclocking and want to increase performance, Ryzen 9 5950X will help you to do that. Because it is overclockable and if you overclock it then the performance will grow like crazy. The exciting thing is it is power efficient. So, if you are concerned about power consumption, then we can suggest you this beast. With the supporting feature of the multi-threaded performance, the 5950X processor has taken away many people’s minds.

However, Ryzen 5000 series has changed the whole gaming industry entirely. The processor comes with the same refined 7nm architecture found in the Ryzen XT processors. But AMD changed the game by pairing the node with a ground-up reform with the Zen core microarchitecture. According to AMD, the new Zen 3 microarchitecture they recently developed will provide a 20% medium development in instruction per cycle (IPC). Erasing the last traces of Intel’s performance, AMD has gained advantages by passing a new power efficiency level.

The AMD Ryzen 9 5900X is an entire monster of a gaming computer. Having fantastic performance and low power consumption, 5900X become the best processor of this year. The most significant gen-on-gen rise in single-core performance in ages helps the processor stronger across the board. The most valuable part of this processor is that you don’t even require a new motherboard to utilize it.

Having a core count of 12, thread count of 24, and Base Clock Frequency of 3.7 GHz, the 5900X is a monster of a gaming rig. The CPU core of Ryzen 9 5900X is also built on the same 7 nm silicon invention process as the Ryzen 3000 “Zen 2” processor has. However, it is made with many clarifications to the microarchitecture. So, we can’t say that both are made with the same architecture.

AMD’s most generous change with “Zen 3” is that the company deals with the 4-core CCX and uniting every core of the CPU chipset into a single 8-core CCX. So, we can hope that this processor is going to be the best. Even after utilizing the CPU cores, AMD is now working to reduce latencies and improving the branch-prediction. Also, they are optimizing the performance engine, expanding the front-end and load-store units, and many more things. Deploying more active caches will give an immediate impression on IPC and single-thread completion. IPC is one of the most significant single contributors to gaming performance. So, we think that it will be an excellent option for your gaming pc.

Again if you think intel is your way to go then feel free to check out the best LGA1200 CPUs. 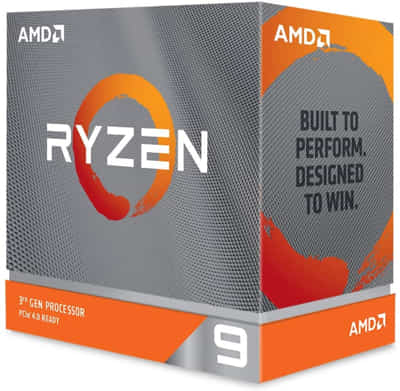 The Ryzen 9 3950X is the best processor letting you fill extremely threaded strength into an affordable motherboard. This means you can use this beast in most AM4 boards. AMD did a great job by building a new CPU power all its own. The best part is that it has 16 cores and 32 threads that redefine the mainstream’s potential. The Ryzen 9 3950X is approximately affordable. And by comparing price-per-core, it is an excellent value for money.

The Ryzen 9 3950X is manufactured on AMD’s 7nm Zen 2 architecture facility. The amazing this is, it is the most powerful tier in the Ryzen 3000 series. So, it is natural that these fantastic features will make this processor the most expensive one. Also, AMD explains exactly how strong AMD is graduating performance to various cores and threads. Plus, when we talk about the Ryzen 9 3950X, there are a massive 16 cores and 32 threads. So, being expensive worth it.

You can boost the clock speed by up to 4.7 GHz. After you boost it, you will feel like you are riding a dragon. The overall performance will improve like crazy. The good thing is, you will not even need to buy a new motherboard to use this processor because it supports all types of AM4 boards. Not to mention a word that you won’t get a cooler included with this. So, we recommend you use a liquid cooling system. 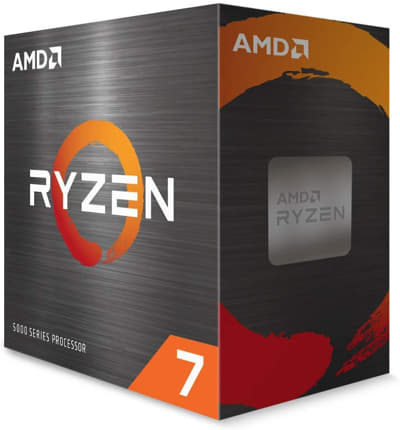 If you are looking for an affordable and great performance processor, then you can choose AMD Ryzen 7 5800X processor. For the last few decades, this processor has been ruling the gaming industry because of its outstanding performance and affordable price. The single-core performance of this processor is appreciable as the execution process doesn’t take so long.

However, if you are a gamer, then 5800X can be the perfect choice for you because it can produce 4K graphics and strong performance while gaming. The reason behind its strong performance while gaming is, each of the core utilizes the performance separately. So, the gaming experience becomes very smooth. Hence, the IPC of a processor plays a significant role in improving the gaming experience. AMD has made this major IPC very carefully.

By overclocking this monster, you will be able to boost the maximum performance. But we recommend you to study well before overclocking. Because if you are a newbie in this sector, then you can damage your device. By overclocking, your processor will heat like fire. So, a liquid cooling system or more excellent is recommended while overclocking. And the plus point of this processor is that you will get a stock cooler with the box. But you have to change it to a liquid cooler if you wish to overclock. 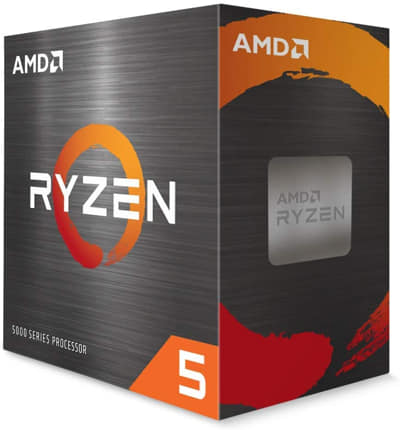 As a 6-core, 12-thread processor, the Ryzen 5 5600X fits perfectly into the midrange gaming-focused motherboard. Also, it can balance the overall performance of core count and take only the company’s newest release of Zen 3-based processors. The AMD Ryzen 5 5600X appears outshining compare to the other processors brand. The competitor of AMD, Intel, also admired that this AMD Ryzen 5 5600X processor is best for gaming because it provides single-core performance giving you the best experience.

The single and multi-threaded core of this processor will allow you to boost your overall performance. So, it will run like crazy. However, if you are not satisfied with the default speed, you can consider overclocking because it has decent overclocking potential. So, you won’t have to worry about protection. This monster’s lithography system is TSMC 7nm, and the base clock speed is 3.7 GHz. But if you overclock it, then the speed will boost to 4.6 GHz, which means a lot. Also, the L3 cache memory is 32MB. You can use the ram of DDR4 3200MHz. So, you will get the proper speed while using the computer.

So, we recommend you to buy this AMD Ryzen 5 5600X processor if you are a gamer.

Choosing the best processor for overall performance is challenging. Because there are many processors available in the market with several varieties, you may get confused that which one you should buy. Don’t worry, we got your back covered. In this guide, we reviewed the 5 most capable AMD processors that can do all types of work. So, we hope that you are now cleared of confusion.