Suppose you saw a funny meme and now want to share it with your friends on Discord. But when you try to send it to a friend, it just doesn’t work! You may wonder why can’t I send images on Discord?! 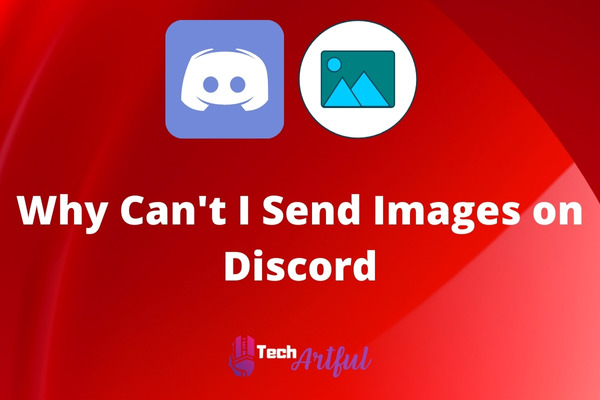 The way that people interact with one another online has been improved because of a platform called Discord, which makes interacting with others in your personal life, at business, or even with your extended family a lot of fun, and it is very simple.

On the other hand, users of Discord have lately stated that they are having trouble sharing images with other users. If you are experiencing the same issue, then continue reading this post until the end. Because here, we will provide you with assistance in finding some of the best solutions to the issue of being unable to send images on Discord.

Reason Behind Discord Not Uploading Images

You might notice that, despite your best efforts to reupload the file, you are still confronted with an alarmingly bright red notification, which seems to be making fun of you. This is the mysterious Upload Failed error message that many users see when they try to upload anything on Discord:

In other cases, the picture or the media may not go at all, or it could become stuck while it is being uploaded to Discord. The worst-case scenario is that it does not send at all!

So, you may wonder, why can’t I send images on Discord?!

There are so many reasons why you may face this problem.

Your internet speed could be unstable, the file size may be too large, the user to whom you are attempting to send the image may have enabled certain privacy settings, and finally, Discord itself may be experiencing some kind of technical difficulty. These are the four primary reasons why images on Discord may not have been sent.

So, keep reading as I’m going to go over each of these problems in further depth and show you what you can do to fix them.

How To Fix Discord Not Uploading Images Problem

There have been a lot of complaints from users of Discord about their photos not uploading correctly. They say that their pictures are not uploaded under any circumstances. They either run out of time or fail to load properly, resulting in a white screen being shown instead.

The inability of most gamers to communicate with one another about memes is a source of frustration for them. 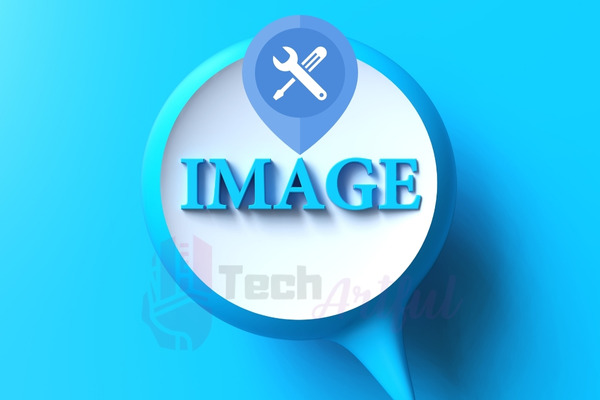 If you are also dealing with a problem that is like this one and wishes to find a solution to it, then we have some encouraging news for you. Throughout this post, we will walk you through the steps necessary to resolve the issue where images are unable to upload to Discord.

In the event that you are unable to upload images from your Discord client, you should first attempt to restart the application. If the problem still continues, you may attempt alternative solutions, such as verifying the servers of Discord, examining the internet connection, shrinking the picture, requesting that other users modify their privacy settings, and, as a final resort, reinstalling and updating Discord.

Other options to think about such as utilizing the online version of Discord rather than the mobile app or vice versa, and if all else fails, you can always get in touch with customer care.

If you are experiencing problems sharing photos on Discord, let’s go through each of these methods in further detail below, as well as some additional options that may be helpful.

Now that we have everything out of the way let’s get right into it!

Even without considering the complexity of the operating systems (OS) that operate on computers and smartphones, it is clear that they are highly difficult to use. For example, Microsoft Windows 10 has around 50 million lines of code!

Because there are so many places where anything may go wrong, the operating system has a chance of loading the incorrect byte of data into the random access memory (RAM) of the computer, which would result in errors being generated across the system. That might very likely be the cause why your photos and files aren’t uploading on the Discord server!

Thankfully, there is a quick and simple solution that can be accessed in just a few clicks. When you restart the device, the RAM is cleared, and the system begins operating from a clean slate, free of any faults that may have been caused by the previous operation. In point of fact, rebooting your computer is something that even the developers of Discord suggest doing.

When you first start using software, or an application, it is possible that some portions may not load correctly. The Discord server is not an exception to this rule. In addition, if Discord is not launched correctly, you may run into problems such as glitches and errors when you are using the program.

If you are utilizing Discord and you are observing issues (such as images, not uploading), the very first step you need to do is reboot the app, or when you’re using the website, you should refresh the page.

There is a possibility, even though a rare one, that the Discord servers may sometime go down. If the servers are offline or if there are some type of difficulties with Discord altogether, then this may be what is giving you troubles. Alternatively, it might also be something else.

It’s possible that the issue is on Discord’s end, more particularly with their servers, rather than on your end of the conversation. Backend problems might be occurring on Discord for a variety of reasons, including regular server maintenance, malicious assaults, or unexpected outages.

When using Discord, users may have problems, the most common of which is the inability to upload files or images due to a lack of complete and proper operation of its servers.

How exactly can we find out whether there are persistent problems on the server’s end?

To our great relief, there are simple methods available for accomplishing this goal! Simply doing a search on Google will provide the results of a variety of websites that monitor the operational status of a variety of prominent servers; nevertheless, Downdetector.com is the one that we suggest utilizing. You can check it by going to this link. 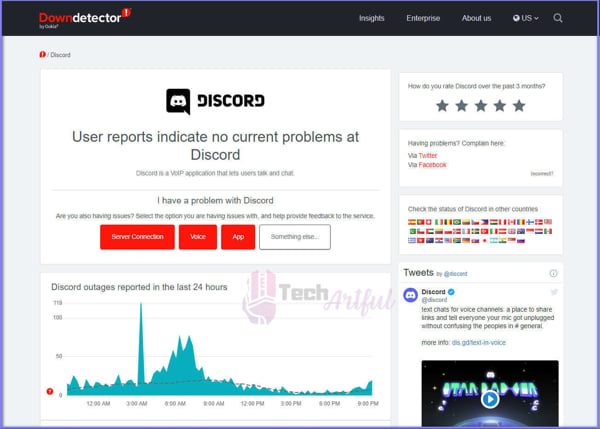 In addition to providing you with quick information on the state of the server, it also gives you data about the general locations of the people who reported the issue. As a result, you will be able to determine with pinpoint accuracy in which part of the world Discord’s services is now unavailable.

If you have all of this information in front of you at once, you will be able to decide very quickly whether or not there is a problem on their end and not on yours.

These problems on the server’s end are often fixed within a day or two, and functionality should be restored shortly after that.

If everything seems to be working normally with the servers, you may go to the next step.

You should be aware of the fact that uploading huge files on Discord is something that is strongly discouraged and should be avoided if at all possible. You should try to share a picture that doesn’t take up more than 1 megabyte of data. You may be thinking, “But what if the size of the file is too big?” while you read this.

In this particular scenario, though, all that will be required of you is to compress the picture. There are literally hundreds of websites available on the internet that may assist you in successfully decreasing the size of the file to less than one-half of its original size. You are free to make use of any option you want.

You can take help from websites like reduceimages.com for this purpose.

The strength of your internet connection may be to blame for the fact that your images aren’t uploading properly. To begin, you should evaluate the quality of your internet connection by performing a speed test. It’s possible that this is the problem if you’re not receiving adequate bandwidth or if you’re having trouble with latency. You are going to need to get in touch with your Internet service provider and inform them about your connection.

We suggest conducting the speed test offered by Ookla, even if there are a great number of websites available to check the quality of your Internet connection. You can check the speed by going to the website speedtest.net. 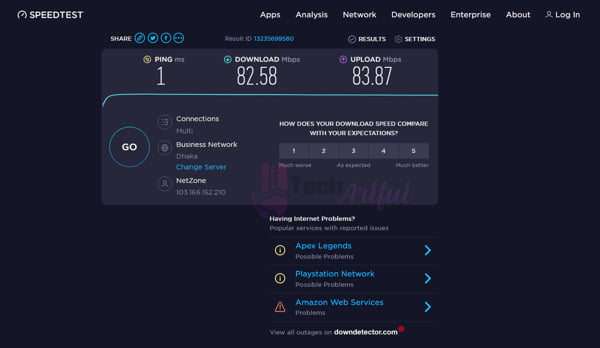 After your findings have been shown, check whether the speeds and the latency are acceptable. To make full advantage of Discord’s services, your latency should be less than 25 milliseconds, and both your download and upload rates should be at least 10 megabits per second.

Even if you are certain that there is nothing wrong with your internet connection, you should still give a virtual private network (VPN) or another service of a similar kind a go. Be sure that you utilize a trustworthy VPN.

5. Try the Web Version of Discord

Sometimes users won’t be able to transmit photos because either the Discord app or the Discord web client is experiencing technical difficulties. When this happens, Discord won’t let users send images.

You can go to the web version of Discord by going to this link: https://discord.com/channels/@me

If you have completed each and every step that was outlined above, and Discord is still not functioning properly, then it is likely that it is time to get in touch with the Discord support team for assistance.

It’s conceivable that the solution is beyond your control, in which case you’ll require Discord’s support to assist you in finding a solution to the problem. If nothing appears to be working, your best bet is to contact the Discord support team and see whether they can assist you in any way.

You can submit a request by going to this link.

I understand how upsetting it is not to be able to send images on Discord. So, after some research, we came up with some solutions and compiled them in this guide.

I hope that this post was able to assist you to fix your not being able to send images on Discord problem.