Recently, my friend shared a Discord server invitation link, and when I clicked on the blue Join Server button, nothing happened! For some reason, Discord won’t let me join the server. It acts like I didn’t even click the button.

How frustrating would you say that event is, particularly considering how long it took you to locate a server that you genuinely liked joining?

As a moderator for a server with more than 100,000 active players, I hear this issue often from members of the community. Even on occasion, the invitation links will not function properly. I totally agree with you. That is very pitiful, we are well aware of that!

However, fortunately, after some research, I was able to eliminate that problem by using the server administration role, which provided me with the necessary tools to find appropriate remedies.

So, if you want to know a solution to rejoin the server of your choice, I suggest that you read this post all the way through to its conclusion. Because in this post, I included all the possible ways to fix the Discord won’t let me join the server problem pretty easily.

Why won’t Discord let me join a server?

There are many reasons why you are not able to join a Discord server. Some of them are listed below:

Your Discord Invite Link Is Expired

Users have the ability to personalize the invitations they send out through Discord by changing the time until they expire to any value between 30 minutes and eternity. If the owner of the server didn’t specify any special expiry date for the Discord invite, it will automatically expire 24 hours after it was sent out. If the date of expiry on your Discord link has passed, you won’t be able to use it to enter the server and join.

It’s possible that the number of times people are allowed to click on the link has become inactive, which is another factor in the timing. If the limit for simultaneous connections has been reached, you will not be able to join the server.

Your Discord Invite Code Is Invalid

There is a high possibility that your invitation code is invalid or mistyped. You may join a Discord server by using either a link or an invite code that has been given to you. A number of invite codes for well-known Discord servers are posted on the internet in various places. 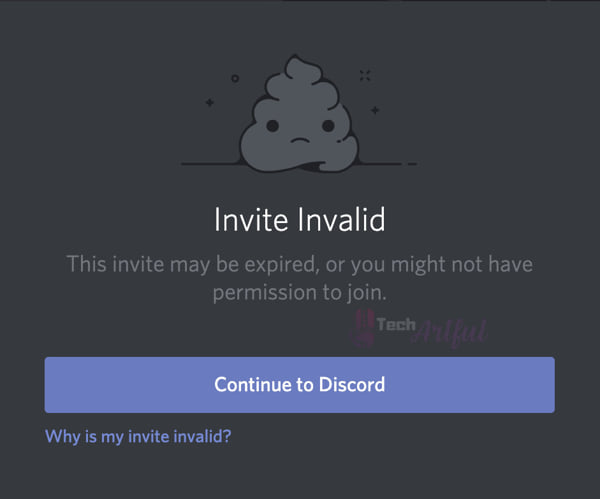 Please keep in mind that the case of the words in these codes is very important. Your link may appear invalid if you have capitalized one or more of the letters incorrectly, and you will not be allowed to join the server as a result.

The Server’s Owner Has Revoked The Invite Link

One of the possible explanations for why the link to your Discord invite is no longer valid is because the owner of the server removed it from the list of current invitations in the configuration settings for the server. It’s possible that they made the decision to keep the server private or that there was an issue with the invitation URL that you used.

There is a limit on the number of servers that a single user may participate in at once inside the Discord platform. You are only allowed to join a maximum of 100 different servers at once.

If you have previously reached and joined 100 servers in Discord, you won’t be able to join another server until you reset your progress. If you are attempting to join a server and are receiving the message “Invite Invalid,” then you should verify the number of other servers that you are already a part of.

You Are Banned From That Discord Server

Last but not least, there is a possibility that Discord may kick you off of the server that you are attempting to join. Because there must be a very significant reason for the administrator of the server to block you, this is definitely the issue that will be the most challenging to resolve.

When a user violates Discord’s Terms of Service or Community Guidelines, uses an IP address that seems suspicious to access Discord’s servers, or makes an attempt to distribute spam, they run the risk of being banned from a specific server as well as the whole Discord app.

There are a variety of different reasons that might result in your being banned from a Discord server, such as breaking a specific rule that was established by the administrator of the server.

Some server operators implement these guidelines to guarantee that their users behave politely and respectfully and do not mistakenly disrespect other members of the community by engaging in an unpleasant activity or by making inappropriate comments in online conversations. 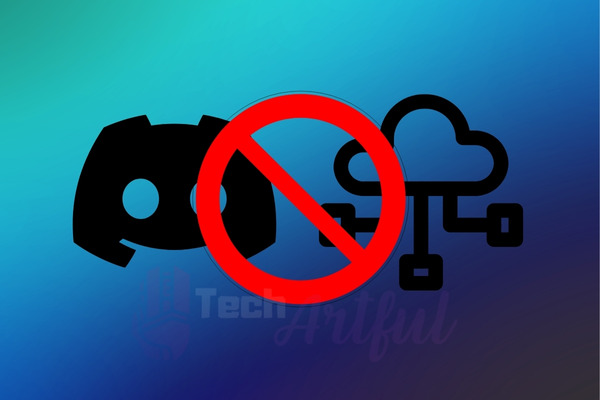 Take note that if you are banned from a Discord server, not only your account but also the IP address of the devices you are using will be blocked from accessing that server.

That implies that even if you attempt to reach the very same server from a different device, you won’t be allowed to join it since the IP address of the internet connection that is provided by your wifi router is still blocked.

So, every reason appears to be a little bit more complex than the one that came before it? I understand it. But there’s no need to be concerned about that. You can count on me to keep my word and assist you with connecting to the server of your choice, even if it isn’t working when you try to join it via the join server option.

Just give me a little more of your time and patience and read the next section.

Become a Discord Nitro subscriber! Nope, we are not trying to sell you a membership to Nitro, but if you do decide to sign up for their service, your cap limit will grow, you’ll have a better chance of entering a server, and you’ll come off as more honest in the discussion panel!

That includes not breaking any of the guidelines for using the server.

But when you are working with a limited budget, I recommend that you try approaching the problems from a different angle.

First things first, I want you to sign in to the online version of Discord. Unexplainable problems may sometimes take hold of your Discord client, and when this happens, invitation links won’t function properly. You might want to test the online version instead since there are very few problems associated with using it.

If it does not resolve the problem, then you should attempt the following possible fixes. To eliminate the issue, you will just need to carry out the instructions in the manner in which I describe them.

In the event that Discord does not let you join a server, the following solutions will allow you to do so:

1. Double Check The Invitation Link Or The Code

As we previously told you before, your Discord invitation link or code is case-sensitive. So, you will have to check the link or the code pretty carefully. Confirm the invitation code that you are using to make sure that it is spelled correctly, as well as the manner in which you are spelling it.

For instance, the codes 27sbuy3G and 27sBUy3G will each be regarded as a separate and distinct piece of information, and the server will only recognize and honor one of these entries. As the codes are case sensitive.

You will have to remove one of the servers currently on your list in order to be able to join a different server for the second time. You were provided with a comprehensive summary of the maximum allowed in the prior section. Let’s try lowering some of your restrictions.

Imagine that you are joined to a hundred different Discord servers and that after searching for the server you want, you would like to join in on the conversation there.

The following are the actions necessary to leave a server and join a different one: 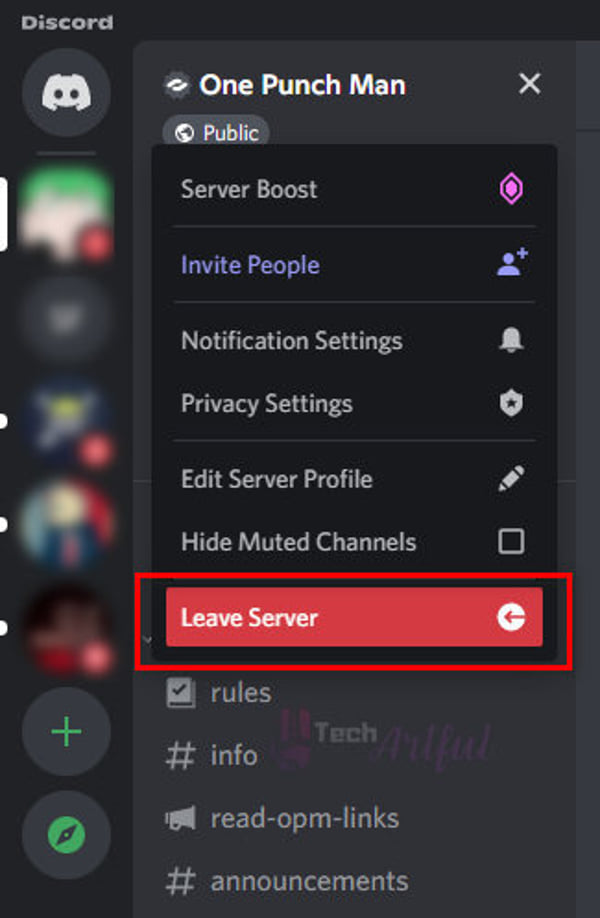 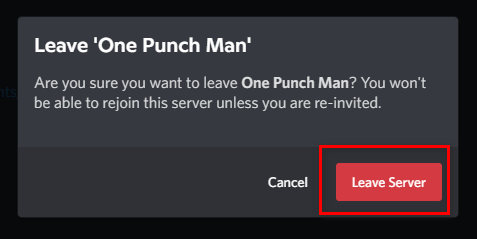 3. Lift the Server Ban on Discord

You need to get in touch with the server’s owner and politely request that they remove the ban placed on your account before you may re-join the server. Take care of this using the configuration settings of the server. You will be able to use the same invite URL to enter the server on Discord as soon as the ban is lifted by Discord.

If it seems that this is not going to be achievable, you have the option of utilizing a proxy server in order to get around the IP block. Having said that, it is not an approach that is advised, and it is not a technique that will always be successful.

4. Use VPN to Join Again

When a user account is banned from accessing a certain server, the account itself is not the only thing that is restricted from using that server. The user of the account must immediately change their current IP address or face permanent suspension.

If a bot or alternate account is banned on the same IP as you, then you won’t be allowed to join the server using that IP. That implies that you will either have to request the moderators to remove the ban, or you will be required to connect to a Virtual Private Network (VPN) in order to alter your IP address before you are allowed to rejoin the community.

My last piece of advice is not to freak out if you are unable to join a server, particularly if you have not been banned from that particular server. That was most likely caused by a problem with the server or a flaw in the program.

With the assistance of the methods that have been given in this article, you will be able to join in on the server of your choice. So, we hope by reading this guide, your Discord won’t let me join the server problem has been solved.