Do you want to know the Kena Bridge Of Spirits best graphics settings? Then this guide is for you.

As previously said, you will have a more fluid gaming experience, and it may also assist you in reducing distinct performance issues if you are suffering any at all.

Although Bridge of Spirits performed admirably throughout our benchmarking on launch day, there is always room for improvement. Kena: Having a game that looks as good as Kena will compel you to get as much gameplay as you possibly can out of it without compromising the visual quality.

The result is a Kena: Bridge of Spirits optimization guide that will assist you in getting the most out of your PC while still enjoying its visual splendor. 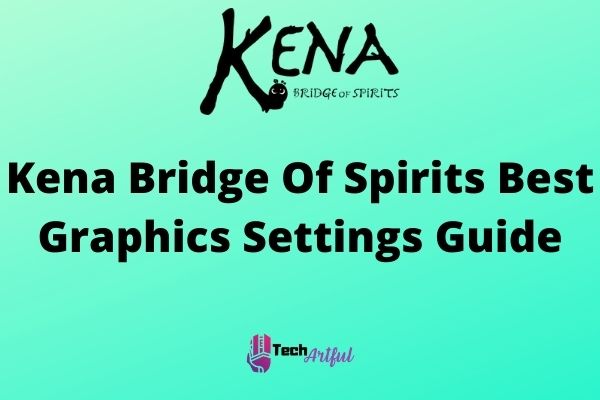 We used AMD RX 580 graphics card to play the game and attained an average frame rate of 44 frames per second on Ultra settings. With the custom settings we developed, we increased this to around 65 frames per second on average. To do this, we tested each of the stages separately, compared the average frame rate for each of them to the Ultra settings, and then selected those that achieved the most excellent frame rate while still keeping good quality as a consequence of our testing.

With her refined art style, which is akin to her predecessor’s, Kena brings a new dimension to the table. Everything about the game, from its aesthetics to its gameplay mechanics, is smooth and well-executed. You can also check our separate blog on Diablo 2 resurrected best graphics settings.

There isn’t much to complain about regarding graphic quality, considering the game is built utilizing Unreal Engine 4. It is very uncommon for third-person action-adventure games of this kind to be launched on the PC on a relatively infrequent basis.

Kena is, without a doubt, a breath of fresh air in a world that is overrun with first-person shooter games. As a whole, the game performs exceptionally well on the PC platform. No unnecessary crashes or freezes occurred when testing the game on three different platforms, which we thought to be extremely promising in the long run.

Nevertheless, as we all know, not everyone has access to high-end gaming equipment at their fingertips. In this regard, computer gaming is extreme. As a result, you don’t always need to spend a lot of money on high-end gaming equipment to enjoy games because you can adjust the in-game graphics settings of the game you want to play and get the most performance out of it. Currently, there is a look at the graphics settings guide for Kena:

I have tested a lot of presets in the graphics settings and I’ve finally figured out my sweet spot for this game.

So, here is Kena Bridge Of Spirits Best Graphics Settings:

Do not change this option unless you are experiencing stuttering as a result of modifying your settings. If you do, you might want to consider limiting it to 60 Fps. 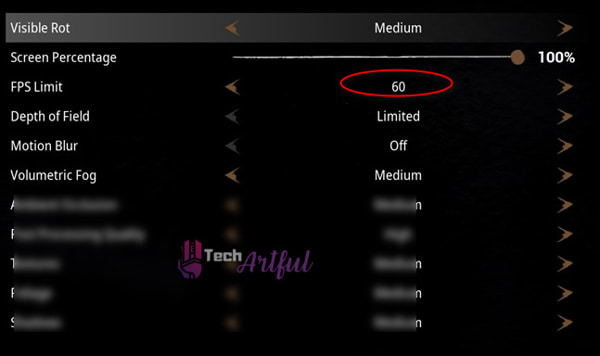 Volumetric fog should be set to Medium, and the same should be valid for ambient occlusion and post-process quality settings. However, while these options considerably influence your average frame rate, they make little difference in terms of visual appeal.

The final choice is shadows, which has a significant impact on the frame rate of the game. Generally speaking, Medium is the most effective overall setting for this. The variation in frame rate between the highest and lowest sets is around 15 frames per second (at the maximum level).

Shadows are essential in Kena because practically everything in the world casts a shadow on something else. Increasing the amount of decrease, on the other hand, will make the game appear even more threatening.

Visible Rot is the name of the first alternative, and it relates to the cute tiny companions you meet during the game. Changing it from ‘All’ did not influence our performance, and there is no need to do so unless you wind up with an excessive number of them after the game, in which case you should change it back.

In graphically demanding applications, you should be able to get up to 48 frames per second with the default settings. Changing the parameters and turning off the depth of field option are both highly recommendable.

You will be able to play the game with a frame rate of 60 frames per second or higher as a result. An I3 8100 processor might exemplify this in conjunction with a GTX 1050TI graphics card. All of the adjustments that you will need to do to guarantee that the game works correctly while still enabling you to enjoy it should be covered in this section.

We increased our frame rate by 21 frames per second, from 44 to 65 frames per second, by adjusting these settings. This is a 48 percent increase in performance without a significant reduction in visual quality. Because Kena is an aesthetically beautiful game, it is critical to the most effective possible degree of graphic quality at all times. We hope you found our Kena Bridge of Spirits optimization tutorial to be helpful.

I hope you enjoy playing Kena Bridge Of Spirits with my researched Best Graphics Settings as it works best for most computers.

Is Kena Bridge of Spirits a more enjoyable experience on the PC than the PlayStation 5 console?

In principle, seeing the PC version of Kena should allow us to know the game operating at its top performance, but viewing the game running on the PS4 Pro should indicate how older hardware copes with such a visually beautiful game in practice.

Is Kena bridge of spirits available on PC?

Ember Lab has released Kena: Bridge of Spirits in the newest PlayStation platform exclusive, an independent game produced by Ember Lab. It turns out that this action-adventure game, which has been highly pushed for the whole of the year 2021, is one of the best games of the year. The fact that it is a console-exclusive game for the PlayStation 4 and PlayStation 5 does not prevent you from playing the game on a computer.