It has taken almost a year, but Deathloop has finally arrived after being postponed nearly a million times. The game is an action-adventure first-person shooter created by Arkane Lyon that takes place in an open world. Dishonored’s video game franchise, developed by Arkane Lyon, has received critical praise.

During the game, players will assume the character of Colt, who will have just one chance of escape if they can assassinate eight crucial targets before the clock strikes midnight. 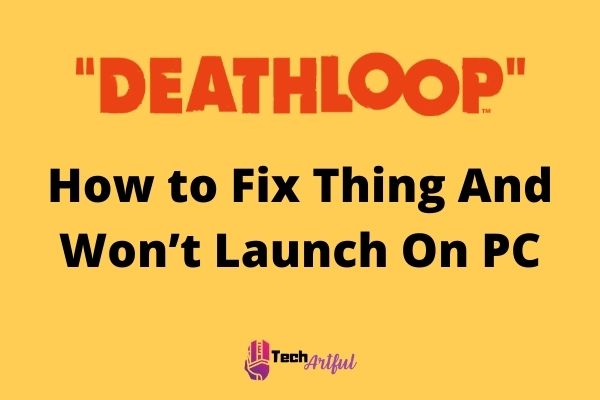 Each cycle provides an opportunity to learn new pathways to explore, new intelligence to gain, and new weapons and talents to uncover. The most crucial objective is to break free from the cycle of violence and abuse.

Even though Deathloop has turned out brilliantly, it has had various technological challenges, ranging from minor faults to major crashes.

This page addresses the issue of some PC gamers claiming that the game crashes upon startup and does not launch, which may be fixable depending on your system specs and what is wrong with your setup.

Before continuing to read the remainder of this post, please be advised that Deathloop only supports Windows 10 64-bit and only supports the most recent versions of the operating system.

Following the game’s system requirements, you must have a 64-bit Windows 10 operating system with version 1909 or above installed before you can even begin to play.

You may find the complete list of system requirements for Deathloop on their website. For those who are unfamiliar with the process of verifying their Windows version, the following methods should do the job:

Here are the steps to fix Deathloop crashing and won’t launch on PC:

To begin, if at all possible, execute the executable file (also known as the.exe file) for Deathloop as an administrator. To complete the installation procedure, navigate to the site where Deathloop has been installed.

Going to your Steam library and picking Deathloop, then clicking on the Settings button to the right and selecting Manage, then Navigating to Browse local files will take you directly to the folder. 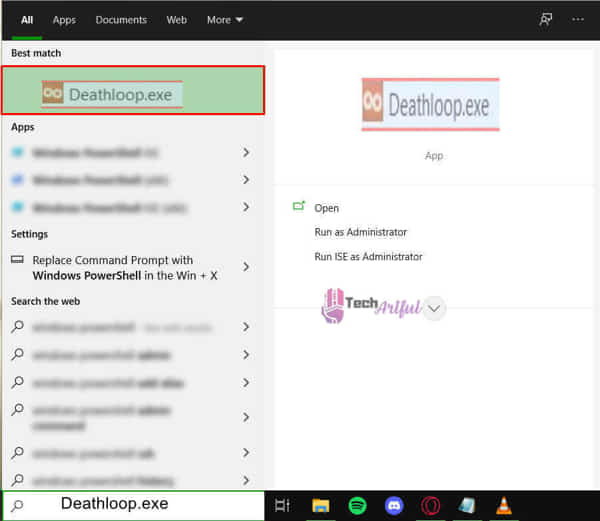 The properties of deathloop.exe may be viewed by right-clicking the executable and choosing it from the context menu. Then, from the drop-down selection that appears, select Compatibility, followed by the option to “Run this software as an administrator” from the subsequent drop-down menu that appears.

Start the game by simply double-clicking on the .exe file that was downloaded to your computer’s download directory rather than by using the Steam launcher.

It is advised that you download and install the most recent version of Visual C++ redistributable since there is a possibility that the prior version did not install the first time successfully. Make sure that your drivers and operating system are up to date to avoid any incompatibility problems in the future.

The obvious conclusion should have been reached after all this time. More contemporary drivers are more likely to be compatible with one another.

Therefore the more recent the drivers are, the better. It is possible to obtain the most recent versions of Nvidia’s drivers via the GeForce Experience website, which is accessible to owners of Nvidia graphics cards. If you are an AMD user seeking the most recent and most up-to-date drivers, here is the link to visit. Reinstalling the operating system should only be done as an absolute last option.

Get Rid Of Anti Virus Blocks

To determine whether or not your antivirus software is banning Deathloop/Steam, check the following: The truth is that this has happened to a plethora of games this year, as was the case with Scarlet Nexus, Persona 5 Strikers, and several other titles when they were initially released.

The executable file of Deathloop must be added to the Exceptions list of your antivirus program if you do not want to deactivate it completely. If you do not wish to do this, you will have to uninstall the software completely from your computer.

If you are working with a GPU or CPU overclocked, you should try to keep the clock rates as close to their default values as possible when gaming. If the power supply unit cannot keep up with the increased demand for electricity, utilizing an overclocked graphic processing unit or CPU will probably result in a variety of issues.

It is possible to study the Deathloop in-game files to determine whether the files are correct in their content. It will be downloaded as soon as it becomes available when a missing file has been identified and located. Follow these steps to verify game file integrity on SteamSteam:

While using the RivaTuner Statistics Server and the MSI Afterburner simultaneously, you may need to quit these applications. Several challenges emerge when utilizing the Void engine in conjunction with such apps. Because of this, Death loop crashes and displays the following error message, as indicated by the issue message: EATHLOOP using VoidEngine 1.708.0.34

Error 0xC0000005(Access Violation) occurred in thread ‘DEATHLOOP’ at instruction location 0x00007FF73400E16F. The engine appears to be interfering with the apps.

Update The Latest Version Of Deathloop

Nvidia issued a new Game Ready Driver earlier this month that provides the most extensive support possible for the most recent version of Deathloop, released earlier this month. The driver is available for download here. In this particular instance, the version number is 472.12. If you see that the game’s performance has not improved, you should consider installing it. 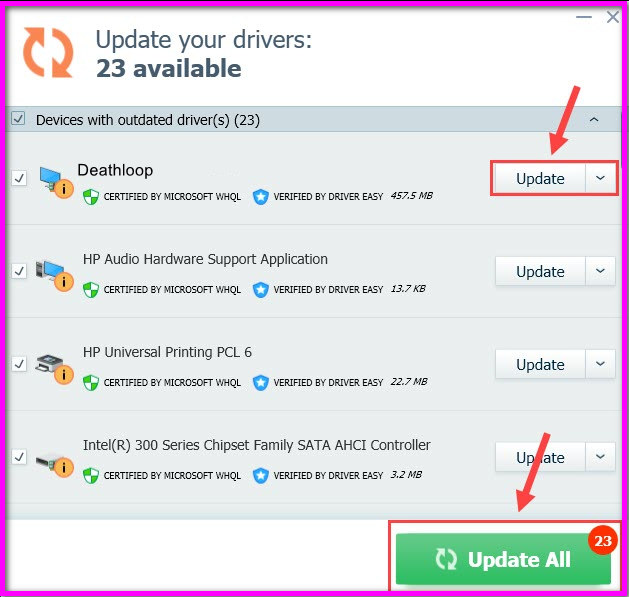 Otherwise, you should not. A new version of the AMD Adrenaline driver for Deathloop has also been released, downloaded from the AMD website.

Adrenalin has a version number of 21.9.1 Optional, which indicates that it is an optional supplement. You can download and install it in an attempt to enhance the performance of the game.

Here’s an unusual way for those who use NVIDIA graphics cards that may or may not be successful. Use NVIDIA’s Geforce Experience program to launch the game and then let the application optimize its settings so that they perform at its peak performance.

The program may be customized and used without any other programs after they have been installed and activated.

RivaTuner is undoubtedly one of the most effective applications a PC gamer can own, but for some reason, it is experiencing troubles with Deathloop. This comes as a letdown. Please shut it down and restart it to run Deathloop tests if you are currently using your computer.

As an alternative to turning off the program detection entirely, you might try lowering the detection level from High to Medium. This may or may not work for everyone, but it will allow you to continue using Rivatuner while you wait for the problem to be resolved on its own.

Hopefully, This has fixed the issues with the death loop crashing at startup and not lanching. If you still can not launch the death loop, you can try to contact their help services.

How do I fix the death loop on my computer?

The Video Settings page can be found in the game’s menu, and V-Sync may be completely disabled there. You may also set your frame rate limiter to 60 frames per second or — if your system’s capability permits it — 120 frames per second if necessary. If you scroll down the page, you will see the video settings menu, which contains V-Sync and FPS Limiter options. To begin, you’ll need to disable the V-Sync feature on your computer.

Is it possible to play Deathloop with 8GB of RAM?

To play the game, you’ll need at least an NVIDIA GeForce GTX 1060 (6GB) or an AMD Radeon RX 580 (8GB) graphics card, and even then, you’ll only be able to run it at the lowest settings.