Let’s Talk about the best AMD Threadripper CPUs today. AMD has advanced their Ryzen processor to the latest generation of Threadripper by getting full advantage of PCIe 4.0 lanes. These PCIe 4.0 routes are used for high speed data transmission within the GPU, memory, and NVMe storage. 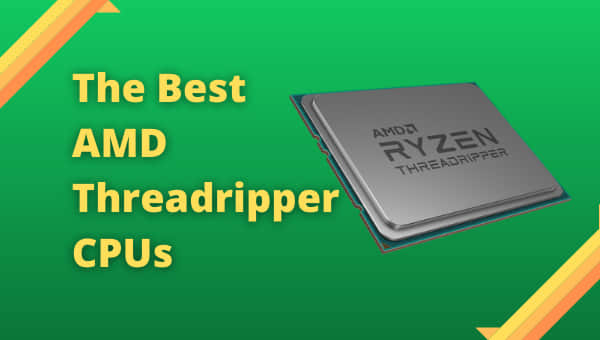 Highlighting the vast 7nm processor with Zen 2 architecture, the Ryzen Threadripper is made to work for multitasking. It also provides the 88 PCIe 4.0 lanes, and you can use the quad-channel DDR4 ECC memory, which is considered the powerful RAM ever.

However, these unique features and the Ryzen Threadripper is intended to give enormous computing power, such as  3D animations, 8K video editing, ultra graphics video gaming, and so on.

Hence, if you are unsure which AMD Ryzen Threadripper processor, you should buy, then don’t worry. We will give you some of the best five AMD Threadripper CPUs that can handle all types of work. It doesn’t matter whether you are a professional gamer or an 8K video editor; these five CPUs will be able to do all types of work.

If you don’t have much time then, here’s my recommended Threadripper CPU for you and it’s mostly available too.

Threadripper CPUs are highly powrful and adding any of these CPUs to your setup will give you some extra spices for your recipe.

So, these are the best AMD Threadripper CPUs:

The Ryzen Threadripper PRO 3995WX processor is ripping the world with its eight memory channels. The Threadripper Pro models of AMD offer many massive features that the other brands can even imagine. However, having eight-core channel memory supports and 128 lanes of PCIe 4.0, this Threadripper PRO 3995WX has become the first choice of many gamers and office workers. But if you think that the price will be low or anyone can afford this, then you are wrong. Because AMD has made the Ryzen Threadripper PRO series for those who are serious about gaming and want to take it to the next level, those working on 8K video editing can relate to how hard it is to edit a video on a low-end computer. So, the 3995WX processor is made for professionals who are serious about their work. And the price of this monster is $5,488.99. Through which you can build a whole PC. Don’t be serious; this processor is worth it. 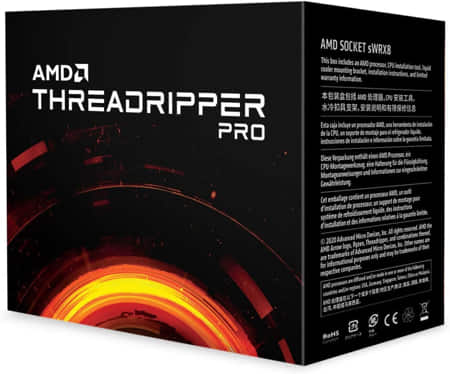 The rendering performance of this processor is mind-blowing. If you place a video for render, it will make it easier by completing it within a few minutes. If you are a professional filmmaker or something, we would like to recommend you buy this processor because it has an 8-Channel memory interface, 128 Lanes of PCIe 4.0 supports, and fully-validated ECC memory that will take your work to the next level. It also has an excellent performance in GPU acceleration. So, your gaming experience will be smooth.

The AMD Ryzen Threadripper 3990X processor is like a battle among the flagship chipsets. Including the vast 64 core and 128-thread, this is the best flagship processor among many other models. Apart from the previous one, this Ryzen Threadripper 3990X processor will charge you less. Excellent rendering performance and indium solder will change your gaming experience. With all of these fantastic features, this processor will cost you only $3,968.99. 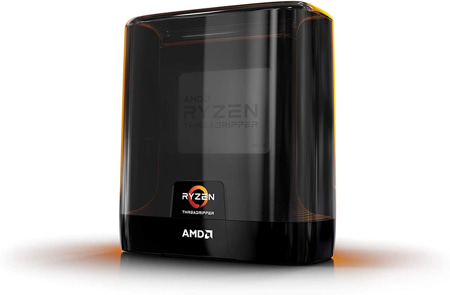 On November 7, 2020, AMD Ryzen Threadripper 3990X was released with a 64 core and threads of 128. According to AMD, costing only $3,968, Threadripper 3990X allows more enhanced performance than two of Intel’s $10,000 Xeon 8280. This one processor with 64-core and 128 threads package will give you more enhanced performance for specialized applications like you can do Hollywood VFX-like rendering. The surprising thing is the latest processor fits into the standard gaming motherboards. This processor will also allow you to build a high-end desktop platform and have enthusiast-like class features, for instance, overclock ability or 8K video rendering that allows you a different value proposition.

The AMD Ryzen Threadripper 3990X is a member of the Threadripper 3000 family, and it will become a partner with its 64 core and 128-thread feature by pairing with the new TRX40 motherboards. Notwithstanding the similar socket as the earlier production Threadrippers, AMD thought to enhance motherboard adaptability this time by supporting the PCIe 4.0. However, the processor will allow you for higher bandwidth and configurations for extra controls from now and on.

In the CPU market, AMD has gained a lot of fame and reputation because of the performance and affordability. The AMD Ryzen Threadripper PRO 3975WX has a frequency range of 3.50 GHz, so your pc will run like crazy. Having the Hyperthreading feature and Overclocking ability makes this processor a monster. So, most people can think that the price will be a little bit high. But no, this monster will only cost you $2,748.99. So, if you have a mid-range budget, then you can easily afford this one.

The single-core of turbo boost can handle up to 4.20 GHz. But all of the 32 cores together can handle over 3.75 GHz. So, you may now clear that how much speed you will get from this processor. It doesn’t matter whether you are a professional gamer or a production manager; you can efficiently run your program without any lag or something. The hyperthreading feature of this processor takes it to the next level. Because this feature plays a crucial role in improving the overall performance, however, if you are not satisfied with your default performance, you can easily overwatch this processor to unlock many benefits. But we would like to recommend you to study well before beginning to overclock. Otherwise, you might damage your machine.

The 32-core Ryzen Threadripper 3970X of AMD works hugely leading of the curve that it efficiently generates a new kind of consumer-friendly CPUs. If you are a professional content producer or a gamer with ready cash, don’t search for another chipset. AMD Ryzen Threadripper 3970X is here with the V16 engine that will take your rig to the next level. The good thing is, this processor is made for budget building. If you have a low budget and consider building a gaming computer with a Ryzen Threadripper beast, we would like to recommend you this processor because it costs lower than the above ones. And the price is only $1,999.99. So, you can easily afford one. 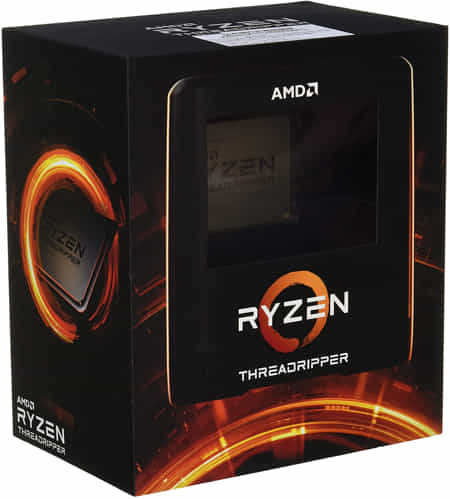 Enormous performance in multi-tasking inspections. Because Ryzen Threadripper 3970X is built with 32 cores and 64 addressable threads. That makes it look more muscular and performs heavier. However, the gaming experience with this beast is top-notch. Supporting the ECC memory with certain mainboards makes it even more affordable at this price range. The surprising feature is you can use up to 256 GB of memory, or you can say RAM. You can use certain motherboards to use the 256 GB of RAM.

But the unfortunate matter is, you will need to spend some extra money on the motherboard. The newly released TRX40 motherboards cost higher than the regular ones. And the overclock ceiling is low, and the single-core performance is average. So, if you can ignore those cons, this processor is going to worth your money. 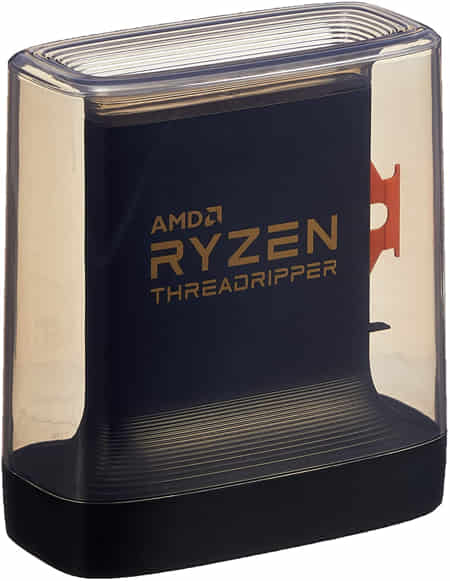 Having an excellent price-to-performance ratio, this processor will blow up your mind for sure. And the price is also affordable, which is only $1,659.27. So, anyone having some cash for buying a gaming rig can afford this chipset.

Choosing the best processor can be challenging enough, even if you are talking about the Threadripper CPUs, because there are various models and choices to make according to miscellaneous price segments. So, you may get confused by considering which one you should buy. But don’t worry, we have got your back covered. In this guide, we reviewed the five best Threadripper CPUs that can handle all of your works. So, we hope that you are cleared out of the confusion.