Because you will need to buy some expensive stuff like Audio Mixture, Audio Mixture can play some cool audio effects or music through the mic when you are still talking. 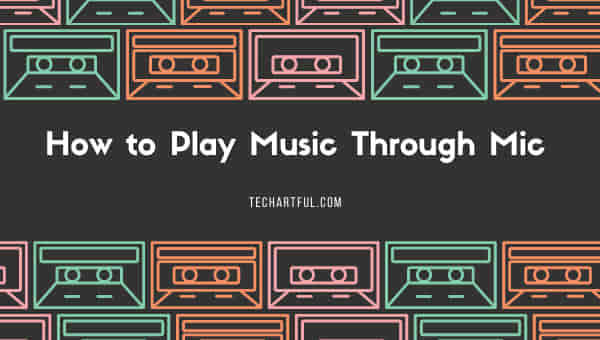 If you are wondering that playing music or audio effects through your Mic is impossible without buying an audio mixture, then you are wrong. Technology has surpassed many impossible things.

Almost anything is now possible with the help of technology. You just need to know the proper procedure for doing it. Maybe you have explored many blogs and websites for a formal procedure, but there are not enough resources that may have come up effective for you.

However, there is a trick. You can do it without buying that expensive stuff like audio mixture. And in this article, we will show you how to play music through the mic.

Warming Up Before Playing Music Through Mic

Before you begin to follow the procedures, you have to keep in mind something. If you don’t do these, the following procedures may not work correctly. So, make sure that you followed the following rules.

How to Play Music Through Mic and Speak in Windows 11

There is so much software that can allow you to play music through the mic. But you shouldn’t have to download any software to do this if you are using the latest operating system Windows 10. Because Playing audio through the mic and talking at the same time in Windows 11 has a straightforward method.

Suppose you are talking to someone on a social media platform and playing some sarcastic or funny music at the same time in the background.

Quite interesting, right? Many YouTubers do this while playing games or especially roasting someone.

The best part is, if you follow our given steps, then you will be able to create sound effects or music while playing games.

However, if you want to, you will need to change a setting. Changing your default microphone setting to your system sounds will allow you to play music through the mic.

Here are the steps to Play Music Through Mic in Windows 11:

This is the most easy process ever. By doing so, you will be able to play music through the mic. Now check out how you can do it in Discord.

How to play songs on Discord with your mic?

Playing music while talking to your friends in the games is the most satisfying feature ever. It’s even more enjoyable when you can play music direct from YouTube. But how would you do it? The answer is simple, and you just need to download a free plugin that can do this task. For example, MedalBot, Rhythm, or FredBot are the best plugins for doing this task. But MedalBot is a popular plugin that many gamers prefer. 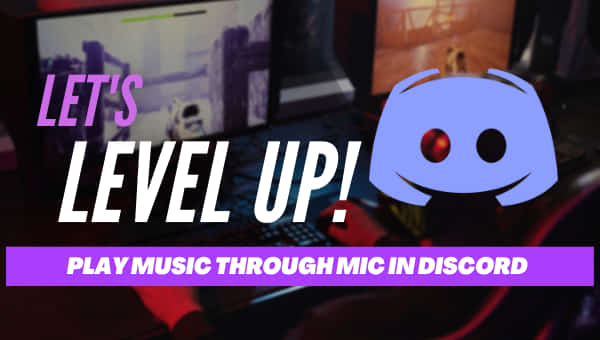 However, you will need to command the plugin to play music. For example, if you want to play music through the mic, then you will have to write the below command:

And if you want to stop the music, then you will have to write the given command:

For your kind information, you will not face any loss of quality in the music. But if the internet is slow, then this is a different matter.

But you can also download software to play music on Discord. For that, you will have to download a Soundboard app like Rust Soundboard, Clownfish, VoiceMeeter, MorphVox or Soundpad, etc.

Here’s how to play songs on Discord with your mic:

However, now we will show you some of the best soundboard apps that can be your best friend.

Best software to Play Music or Effects Through Mic

This is awesome to create a sound effect or playing music while playing games and talking to your friends.

Many YouTube streamers do this by buying some expensive stuff like Audio Mixture. But we can do this without purchasing those. However, some of the best apps are given below.

After some research, we found these apps to be the perfect fit for your gaming.

Each of these software has different purposes and techniques. But you don’t have to worry about it. We will describe each and every detail and working procedure of that software.

Using Virtual Audio Cable and Soundboard is very simple. If you follow the processes, then you can get the best results. 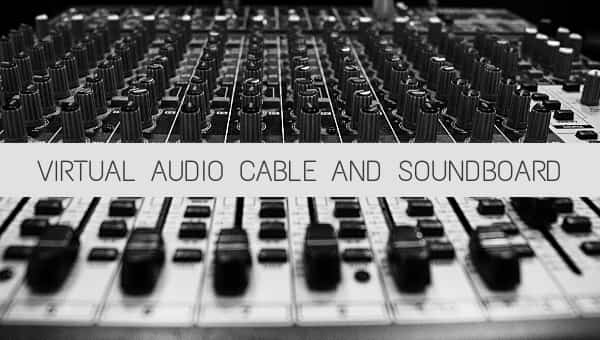 There is a limitation of this software: it only supports a limited number of mics. But you can give it a try. It should work.

Here are the steps to play music through mic in games using a virtual cable and soundboard:

In this way, you will be able to play music through the mic.

Clownfish is an excellent app for voice changing, and it is also an audio mixer app. According to your needs, you can give any voice effects—for example, Robotic, Alien, female, etc.

The voice changer feature means that if you talk to your friends on the microphone, they will listen to the modified version of your set’s voice. 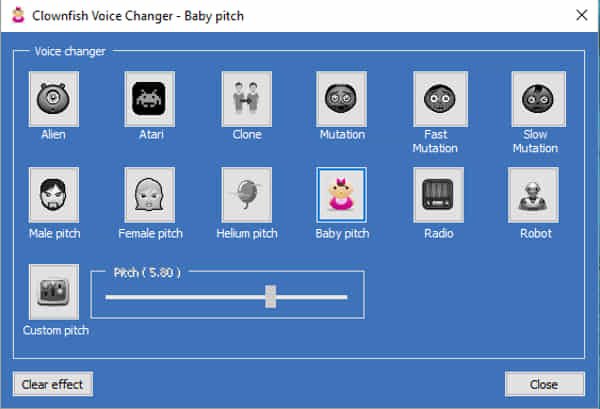 If you are used to streaming on Discord, Teamspeak, Mumble, Viber, Skype, Hangouts, and many other gaming and social media platforms, then this software can help you to feature out. This app’s plus point is that it supports Windows, macOS X & Linux Ubuntu operating systems.

There are so many voice filters that you can add to your mic. For example, Robotic, Alien, Radio, Male, Female, Baby, Fast Normal, Slow, Clone & Atari games, and many more filters.

Also, you can play youtube music in the background. To do this, you will have to put the link to the video in the app. Then the music will start to play. However, we can assure you that you will love this software if you download it.

Voicemeeter is an Audio Mixer software that is organized with Virtual Audio optimization used as Virtual I/O to mix and control any audio roots from or to any audio devices or applications. 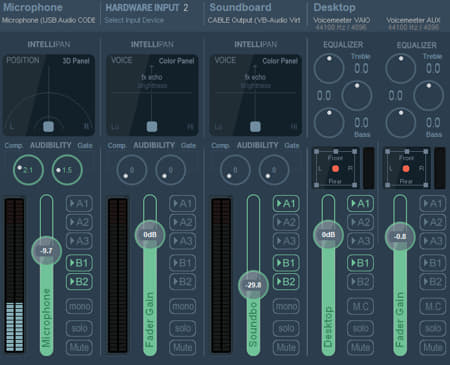 Straight to the point, you can use this software to play music through the mic. Many YouTubers also use this software. Because it is the most reliable and useful app allowing you to mix up the voices that you input.

Here’s how to use VoiceMeeter and Soundbar:

After completing those steps, you are ready to go. Now you can use the mic to play music.

MorphVox is an awesome app that allows you to play music and sound effects in the background. If you are talking to your friends, then the music you play with this software will also allow the other person to listen. 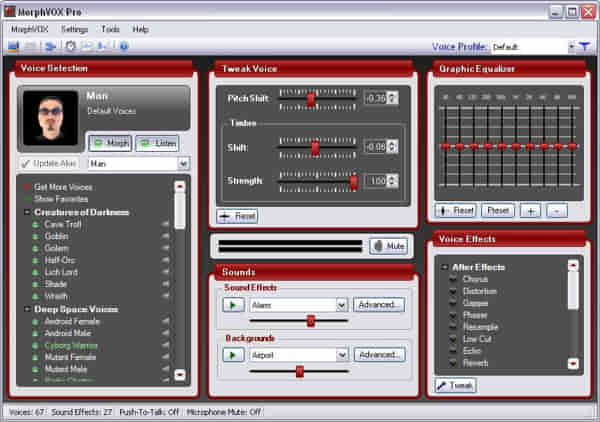 Setting the hotkeys is the most helpful feature of this application. You can set hotkeys and play the sound effects and music while using this app. This feature makes this app further convenient and handy to use.

If you are a professional gamer, you may have heard of sound effects in many youtube videos or streaming videos. For MorphVox, it is the most helpful feature making it premium.

The surprising thing is you can also run this app on MAC that has High Sierra OS X installed.

Here’s how to use MorphVox:

Soundpad is very simple and helpful software. You can get this app on steam. However, this is not a common media player that you use. There are a lot of interesting features that you can do with this app. The best feature that I liked most about this app is that you can customize the hotkeys to perform a particular sound effect previously kept in the app. This feature will help you to save time while you are playing video games in full-screen mode. 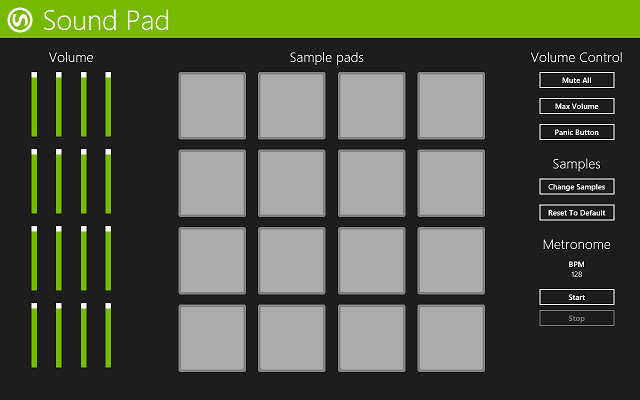 Another great feature of this app is that you can turn off your microphone with specific hotkeys when you are speaking to someone else. However, you can also create a playlist of your favorite music that you want to make.

You will also be able to play sounds on your speaker and your microphone. It’s effortless to search the songs. You can find them instantly by searching Ctrl+Enter.

Another great feature is, Soundpad can also record sounds. After the recording, you can edit them.

But there is a problem with this software that I faced while using it. And the problem is, you may face an error like rust mic is not working. To solve this problem, you just need to reinstall Rust Soundboard and download the official website’s latest version.

Never ever download software from third-party websites. Always try to download from official websites if you want to avoid such errors.

Can I play Spotify through my mic?

How to play music and talk at the same time in Discord?

It is very easy to play music in discord. All you need to do is install a music bot on your discord channel and give some command to play music. You can check our article to get the command.

How to play sound through the mic?

Playing sound through the mic is very easy. All you need to do is to use soundboard software like Rust, Clownfish, VoiceMeeter, etc.

How to play music through a mic in a game?

You can play music through the mic in-game by changing your default microphone setting to your system sounds. You can try by going to Control Panel>Hardware & Sound>Manage Audio Devices>Recording and then enable the Stereo Mix option and set it as the default mic.

Playing music through the Mic is not a very tough task for gamers. Even though the procedures are not difficult, there are still some different ways by which you can get it done. However, this guide will help and show you how to play music through Mic. If you follow the guide properly, you will get the best results you are looking forward to.