Can’t find Buried Treasure in Minecraft? Don’t worry, here you’ll get the easiest way to find one for sure.

For a Minecraft player, a buried treasure is a great reward. For years, Minecraft has added a significant number of new features to its repertoire, and the game’s developers at Mojang have shown no hints of slowing down. It ensures that this iconic game Minecraft will keep advancing to evolve for years to come. 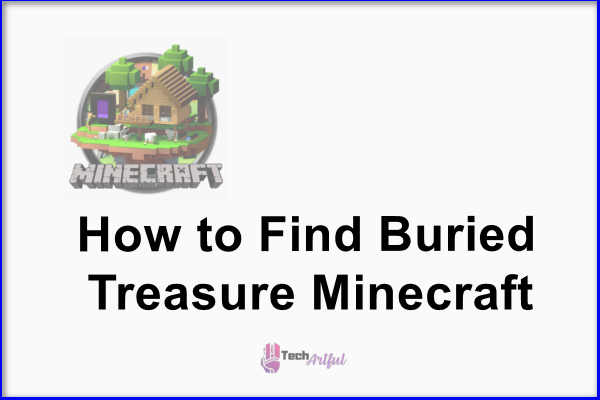 Among the many new additional major update, one is the Update Aquatic, which focuses on cheering the ocean biomes with more wildlife, villains, bars, trees, and even our most exciting feature, which is buried treasure for players to discover.

So, we assume that you have not even a single clue on how to find buried treasure in Minecraft. That’s why we came here with this article where we will guide you step by step on how you can get those wonderful buried treasures in Minecraft. Thus, keep reading until the very end and follow the steps accordingly.

What is a Buried treasure in Minecraft?

However, those buried chests are naturally occurring structures that can be found in specific Minecraft biomes and containing a variety of loot. In reality, buried treasure chests are the only source of the heart of the sea, which is found nowhere else. Cooked cod, metal and gold bars, a leather tunic, several iron swords, TNT, Prismarine gems, and crystals are also among the items available that you may find on those treasure chests. It varies on the players. So, it’s up to your luck that which one you will you find. 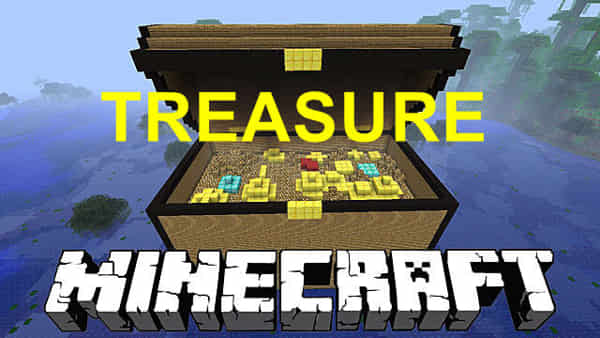 Now a question may come up in your head that what exactly is a treasure map in the world of Minecraft? Hold your horse’s buddy, keep reading this to find it out.

By the way, do you know what does a shipwreck appears to look like in the Minecraft world?

In Minecraft, a shipwreck is a sunken ship that you have to discover under the water. They have the appearance of old, wrecked ships, such as those seen in the Pirates of the Caribbean movies. In a shipwreck, you can usually find at least one treasure chest. And this is guaranteed.

How to Find Buried Treasure in Minecraft

So, now that you learned what a treasure chest is, it’s time to discover one. What do you think? This sure will be fun to look after a treasure box in this huge Minecraft world. 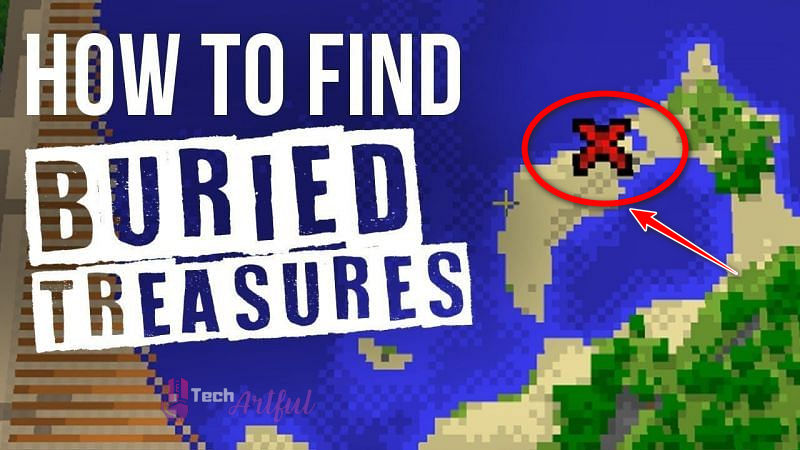 Here are the steps to find Buried Treasure in Minecraft:

And then you will surely find some treasures which will be beneficial for you in some way, and you won’t regret it.

How Does a Buried Treasure look like in Minecraft?

It really depends on the Biome what how your buried treasure will look like in the way it will be found. But usually, you will get these treasure chests in a colorful appearance.

However, buried treasures in the Minecraft world, you will get only a single chest. But you might always find that chest under some objects. So, there is no way that you will leave empty-handed. If you don’t even find something useful in the treasure chest, then you can take those instead.

However, if you want to make your beloved adventure even more entertaining, you can use the Minecraft Music bots in your world. It will take your journey to the next level.

On the other hand, it is possible that the chests of treasures will spawn on top of the ocean floor, where they will be hidden by gravel or sand blocks. So, there is no guaranty that you will only find these treasures under the water. You have to keep your eyes and ears open.

However, the under the water treasures are formed by any relevant terrain-generated blocks, for instance, coal ore and diorite, in terrain biomes. Hence, those were the possible appearance that a treasure chest could look like. Now move forward in order to know what are the advantages of getting one of those buried treasures in Minecraft.

Minecraft hs started to feature these buried treasures from the Minecraft 1.13 JAVA edition. And one of the exciting things is that those buried treasures are the only way to conquer the heart of the sea when you will go outside of the commands or the creative mode inventory.

Don’t dare to take the heart of the sea so casually because this is the most precious thing that you can get in the whole Minecraft game. On top of that, you can utilize the buried treasure maps if you want to look after those treasures in the biome where the invaluable treasure will be spawned.

On the other hand, it’s more enjoyable, and it’s kinda an adventure to find a buried treasure in this Minecraft world. You have to first find the Maps and then look after the treasure by using that Map. This is the most fun part of this game which is far more enjoyable compared to just collecting the loots.

Hence, there are so many advantages of finding the buried treasures in Minecraft that you can’t even consider.

What Loots Can I Find Inside the Buried Treasure?

There are so many loots and treasures in a buried treasure. Each of these chests can contain so many luxurious and valuable items, for instance, the heart of the sea, gold bars, crystal sword, which also can be made of Iron, ingot, TNT, emerald, and so many other things.

However, in the Bedrock Edition of Minecraft, there are even more precious items available than the regular ones. Eas of them can contain things like the Potion of Regeneration, Chainmail helmet, cake, Lead, and much more.

Also, keep in mind that if you can ever find even one of the treasure chests, then you will surely get the heart of the sea. You have my word. On top of that, there will be some other items like the Diamond sword, emeralds, or even if you are lucky enough, then you can get the legendary golden apple.

So, yeah, you may now understand that if you can lay your hand on one of these treasure chests, then you won’t leave empty-handed.

How Deep Should I Dig to Find Buried Treasure in Minecraft?

Most of the time, those hyped buried treasures are not buried under the blocks that much. That’s why you don’t even have to dig so many blocks. According to some players, if you dig even just five blocks, then you can lay your hands on one of those treasure chests.

The TNT can also be used for finding the treasure more speedily if you are getting exhausted from digging for a long time.

However, on top of that, at the same level as the stone, but not below it, buried treasures can spawn.

Can Minecraft’s buried treasure be underwater?

There is a high possibility that some buried treasures in Minecraft be spawned under the water. However, they usually generated in the beach biomes.

Can the buried treasures be spawned and located under the gravel?

Some buried treasure can be found under rocks or gravel. That’s because buried treasures are programmed to be spawned under gravel, clay, sand, coral, and many others. And that depends on the biomes.

Can dolphins on Minecraft help to find treasures?

Dolphins can help you to find the treasure chest but in a different way. If you be kind to them and feed them raw cod or salmon, then they will guide you to the nearest shipwreck. Afterward, you can search for the treasure map and navigate to the treasure chests.

After the recent treasure update, some players of Minecraft think that finding a treasure chest is a big deal, and it’s very difficult to lay a hand on these. But if you follow the steps and simple guidelines that we provided above, believe me, it will be the easiest task you have done. If you want a suggestion, then we would recommend you to keep patience while you are digging.

Sometimes you may end up nothing after digging a couple of blocks. Just don’t upset, and keep up the good work. You won’t regret it for sure. However, we hope that this article has helped you know how to find buried treasure Minecraft.