Are you trying to wake those people who have been napping on your server with a loud sound? Well, you can use the airhorn bot and just type /airhorn on the server channel to do that. But, if the Discord airhorn bot is not working for you, don’t worry. In this post, we will show you some of the best ways to fix the issue. 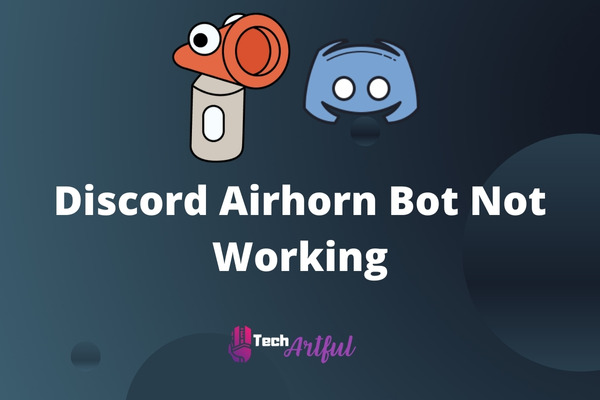 The Airhorn bot will be of the greatest use to you if you often make announcements on your Discord server and if you want all of the participants on your server to be aware of such announcements instantly. But it is possible that the airhorn bot won’t work if there is an unexpected problem with the bot’s activities.

However, simply reading this article from beginning to end will allow you to avoid having to deal with that problem. So, keep reading this post until the end to learn more in detail.

One of the features that help to make the conversation experience inside the Discord app even more pleasurable than it already is is the use of bots. You may turn on several Discord bots to enhance the chat so much more pleasant and to keep things interesting even if you’re only conversing via text.

The airhorn bot is only one sample of these Discord bots that you may use while you are messaging. You can probably figure out what it is that this bot performs just by looking at it.

When activated, the Airhorn bot produces noises similar to an air horn, as the name of the program suggests. However, there are situations when it does not create the noises that it is supposed to because it does not function properly.

If you are attempting to use the airhorn bot on Discord while you are messaging, but it is not functioning properly, then there are so many reasons that are causing this issue.

The primary cause of your bot losing its responsiveness was the fact that you continually typed in the airhorn command. In addition, issues with the bot’s permissions on the server, as well as software flaws in the Discord client, might bring about this behavior.

On the other hand, if you type in the incorrect command, it might cause your bot to cease operating.

The following is a list of the reasons why your Discord airhorn bot is not working:

And don’t forget, there are many flaws and errors that exist inside the Discord software. One further cause is that you haven’t updated the application to the most recent version. However, I have no doubt that you are well aware of these causes.

So, now that we know what the reasons are, it’s time to fix the issue. Below we have given some of the best ways to fix the Discord airhorn bot not working problem that you can give it a try.

How to Fix Discord Airhorn Bot Not Working Problem

Before we move on to the main fixing section, check that the command you typed to start the airhorn was the right one. Plus, make sure that you are communicating with someone else over the voice channel. You will get a warning such as “not a valid choice” if there is an error in the spelling of the command line.

You’re finished with them, right? Now, let’s fix the issue:

1. Remove and Add The Airhorn Bot

You can begin by deleting the bot from the server and then restoring it once again. This should be the initial step that you take. People who are faced with this problem on a consistent basis have reported that this is a viable option that has been successful for them on several occasions.

This method is by far the one with the highest potential for success. You will have to delete the bot from the server and then add it again in order to get rid of the command problems that have been occurring on your server.

But if you don’t know how to do that, then here is a breakdown of the procedures required to remove and re-add the Airhorn bot on Discord: 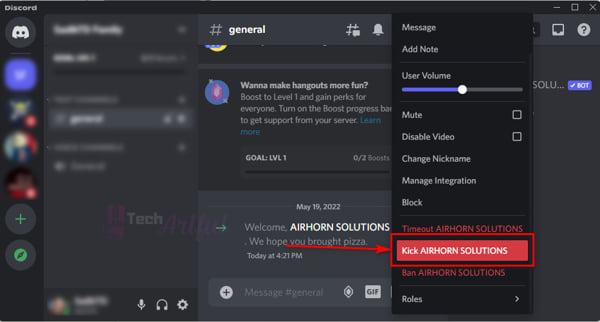 Take note that you have the ability to change the role that the bot has on the server that you have added it to. Be careful to provide the bot access to certain administrative functions; you will have to allow it limited privileges.

After you have re-added the airhorn, check to see whether the bot obeys your instructions after you have done so. If it doesn’t work, we’ll have to move on to the next possible remedy.

You’ll need to adjust a few options on the role that your Discord server plays in order for your airhorn bot to work correctly. Don’t prevent the bot from accessing the moderation panel on your server by blocking it.

Be certain that the functionality of the Discord airhorn bot itself has not been disabled on the server that you are using. If the moderators of a chat room do not want automated programs, or at least a subset of those programs, to operate, Discord gives its users the ability to prevent such programs from doing so. You could check the permissions, or you might contact one of the moderators to see if they have disabled the bot.

When they have, the only thing you can do is request that they unblock it. In the event that they do not unblock it, you will not be able to use it on the particular server at all. If you are a moderator for the server, you can also check this out and fix the problem by doing it on your own. 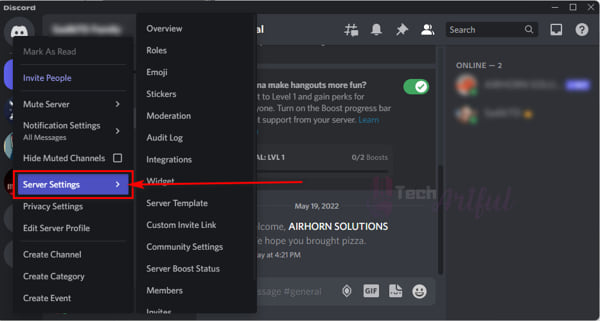 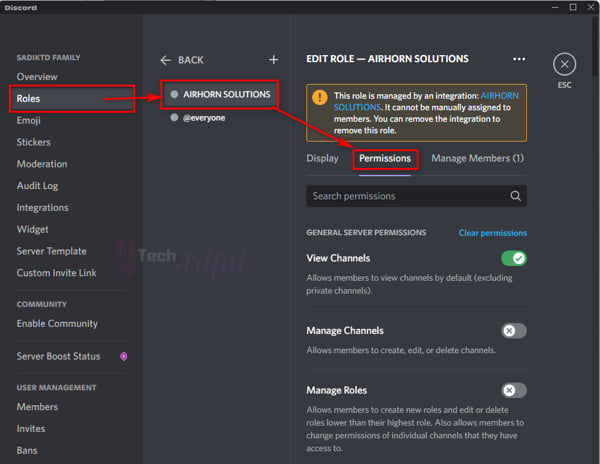 After the activation of permissions, restart your Discord server. At this point, your problems ought to have been fixed. If not, follow the below solutions.

This is yet another efficient approach, and it ought to bring the airhorn bot back to functioning as quickly as possible. Changing the username of the bot is all that is required of you at this point.

If you do not own the airhorn bot, then you will not have access to the option to rename it. In the absence of knowledge of the bot’s source code, renaming it is impossible. You are, however, able to change the nickname that is associated with the bot.

The following is the process that must be followed in order to modify the nickname of the bot: 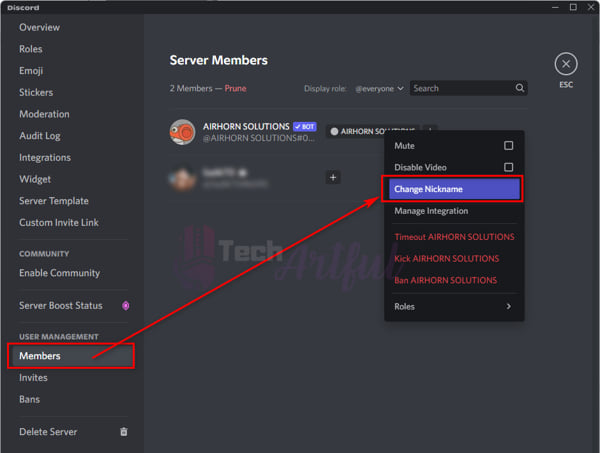 In this way, your problem will be gone for good.

Airhorn is a highly popular bot that is used for making announcements on a server about important information.

But as we know, sometimes the Discord airhorn bot not working issue appears, and the members of your server may become inactive and hence lose out on a great deal of valuable information.

So, we hope, after reading this post, you have successfully solved this problem.