Are you facing difficulty syncing your RGB effects on the ASRock Polychrome motherboard? 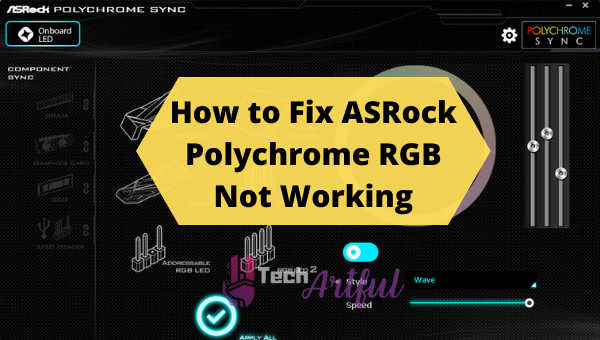 Well, you are not the only one! Most people are facing problems regarding running and controlling ASRock Polychrome Sync. Syncing the effects, Access Violation at Address, Not detecting the RGB sync, Not being able to change the RGB dynamic modes are some basic errors people face while using ASRock Polychrome sync motherboard. Sometimes even the peripheral components also don’t work.

If you are looking to fix the errors, then hey it is the heaven-sent place. We understand that our battle heroes need a perfect battle environment to grasp the win.

Why is ASRock Polychrome RGB Not Working?

But sometimes it shows errors based on different situations. There are some major reasons behind it. ASRock Polychrome Sync Software or ASRock RGB Utility doesn’t work if the motherboard isn’t compatible. ASRRGBLED will never work on any other motherboards except ASRock.

Because of the discordant among RGB components, they show various errors. There are different types of messages which pop up when the system can’t sync with the RGB LED sync software of ASRock’s. These error messages vary from one another by the reasons causing the errors.

Here are the errors faced by most people:

Exhausted of facing these errors? Don’t brood. We are here to resolve your every issue regarding ASRRGBLED. Just keep reading this guide.

Lastly, let’s talk about the software error. The software is often have bugs and sometimes they are blocked by firewall and so many other interfering programs. And this needs to be taken seriously as most of the people face the software related problem. Don’t worry I have provided here and easy solution that will fix the ASRock Polychrome sync issues of any motherboard.

How to Fix ASRock Polychrome RGB Not Working

To fix this ASRock utility error, you have to first uninstall polychrome sync and then download Polychrome RGB Sync latest version.

Here are the steps to fix ASRock Polychrome RGB not working:

And mission accomplished! you have fixed Polychrome RGB Sync Not working.

How to Fix ASRock Polychrome Sync not detecting devices

Errors vary with your RGB component peripherals and software. Most of the time, it’s because your devices are not compatible with ASRRGBLED sync. So, at first, make sure if the hardwires you use are congruent.

If it still shows any error, then follow these easy steps and solve your issue within a couple of minutes. ASRock Support Team recommends this guidance: 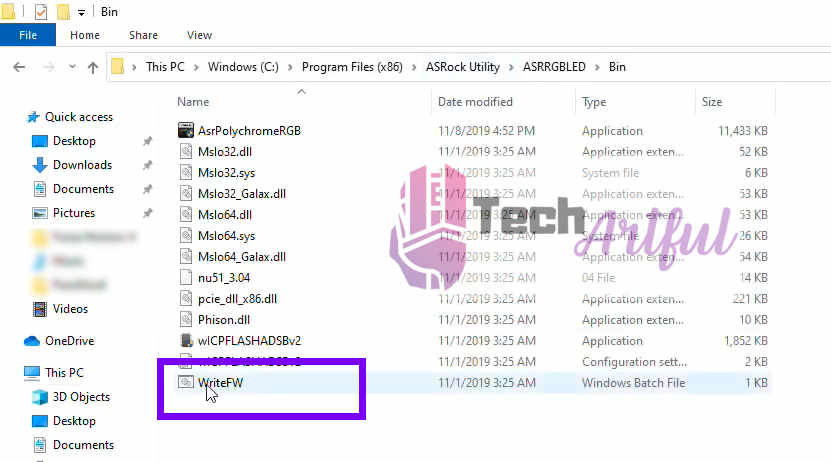 And you have solved the problem of Polychrome RGB software not detecting devices.

Also, you can try running the ASRock RGB polychrome as a windows administrator. Go to task manager to find an application on ASRock polychrome sync.

But again, never forget to make sure if your PC components and software are compatible enough to sync properly. There’s a simple way to detect this error. While running the application, if your system shows the message This utility is not for this platform, then your devices are not compatible. Nothing but updating or changing your motherboard will fix the problem.

How to Change Color in ASRock Polychrome RGB

Is your job done after fixing the errors? NO! from there, your creativity starts. The whole point of fixing the issues was to make your gaming experience more enthralling. So, to create the hypnotic virtual effect and blow away your mind with super RGB lighting, you need to know how to set up or change the RGB in ASRock polychrome sync. 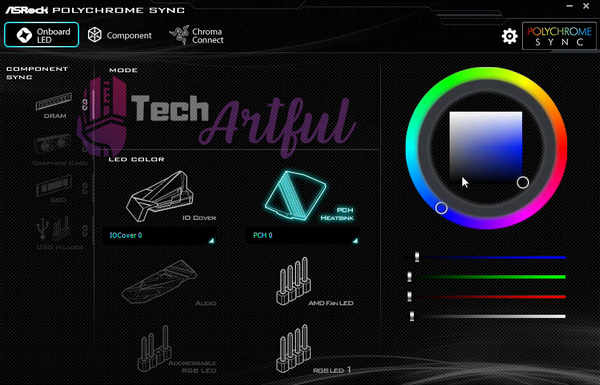 Here’s how to change color in ASRock Polychrome RGB:

What is ASRock Polychrome Sync?

ASRock Polychrome Sync is a utility facility that allows you to control your RGB components.

What is RGB sync?

RGB sync is a free piece of software that detects all your RGB components by itself.

Will ASRRGBLED sync run on other motherboards?

ASRRGBLED sync won’t runs on any motherboard except the ASRock motherboards. It’s not compatible with others,

What to do when it shows Access denied after the command for Polychrome RGB?

Run the Polychrome RGB utility sync command app as the administrator and it will grant you all the permissions.

Which RGB Sync software does ASRock use?

ASRock uses the Polychrome sync and the Razer Chroma as RGB syncing software. They provide the best lighting experience with action and event-based LED lighting.

ASRock is one of the most renowned hardware brands in the world. They are ruling the countries since 2002. Now they are working on the software. ASRock Polychrome Sync is one of their vastly hit creation; another pearl from their tech-ocean.

But an enormous amount of people faced some errors and issues while using the application. They were unable to control the RGB LED light settings. Some of the users faced system crashes during their use. On the other hand, few peoples’ systems got frozen. Quite a few customers stumbled after getting the message ‘access denied’. But thank god we found error fixing for this Polychrome sync. What a relief for all the tech-savvies out there!