In this guide, we’ll teach you how to solve the problem of left and right arrow keys not working in Teams. Over the last several years, many video conferencing platforms have witnessed a significant increase in their number of users. And Microsoft Teams is one of them. 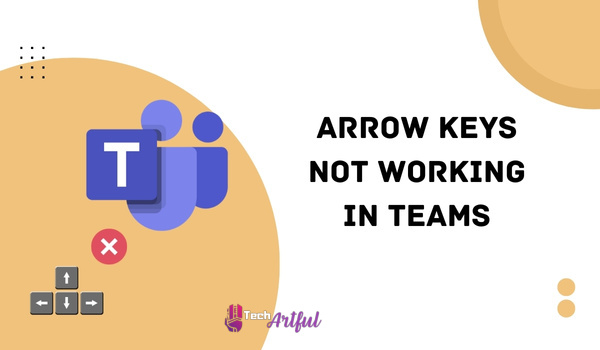 Currently, there are more than 145 million people registered on Teams, and most of them are regular. In other words, when a problem appears on the platform, many people will be impacted and irritated.

And recently, we found a lot of reports saying some Microsoft Teams users are not able to use the arrow keys like left or right while using MS Excel. Surprisingly, the Up/Down arrows work as expected.

Despite the fact that this looks to be a fault in the Teams system, Microsoft has not yet officially addressed the issue. There are, however, some simple troubleshooting solutions that you may also attempt. And we briefly described those solutions in this post through which you can solve the arrow keys not working in Teams problem.

So, keep reading this post until the end to fix the issue.

How to Fix Arrow Keys Not Working In Teams Problem

There are a lot of methods to solve this problem. However, as a first step, some claim that merely restarting your computer would resolve the issue temporarily. But this isn’t always effective in other cases.

That’s why the best course of action for you would be to attempt each troubleshooting method listed below and see if the problem with the arrow keys not working in Teams disappears or not.

When a problem first arrives, the first and foremost common method to solve that problem is to restart that software or your computer. And this arrow keys not working in Teams problem is not any exception. So, it is recommended that you restart the Microsoft Teams application as a starting point.

This solution has the highest success rate of any available issues you have on your computer and will almost certainly resolve the underlying problem. However, there is still a catch: it will only be in nature for a short period of time.

And the problem may reappear even after the program has been restarted, although the length of the re-occurrence will be somewhat longer this time. Hence, keeping that in mind, to exit the app, there are two options available: 1) shut the program completely from Taskbar and 2) force the app to quit from Task Manager.

If you are currently using the Microsoft Teams software, the app icon will be visible in the taskbar and system tray. 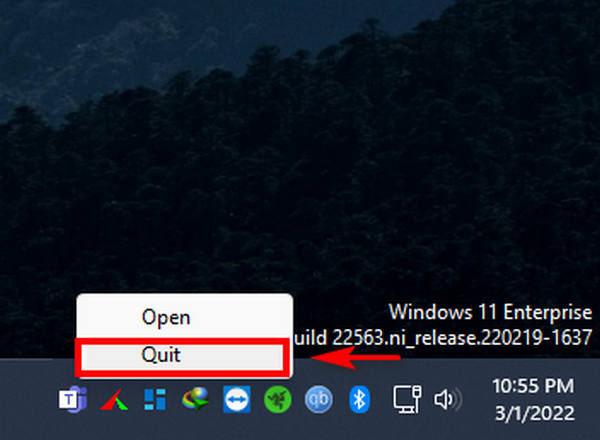 Now that you have closed and relaunched the software, the problem should be gone by now. However, if the problem still persists, then don’t panic at all. Follow the below methods to solve the issue.

There is another troubleshooting solution offered in several forums, which is to delete every Microsoft Teams cache file. And that’s because if a massive chunk of temporary data is generated over the course of a certain period of time, it may interfere with the correct operation of the software.

So, these cache files may also result in a few defects and difficulties, which is in keeping with the previous statement. As a result, it is advised that you erase these cached files on a regular basis, and right now is an excellent moment to do it. So follow the steps outlined below to put it to the test:

However, if you don’t find the Teams app according to the above address, then go to the below address: 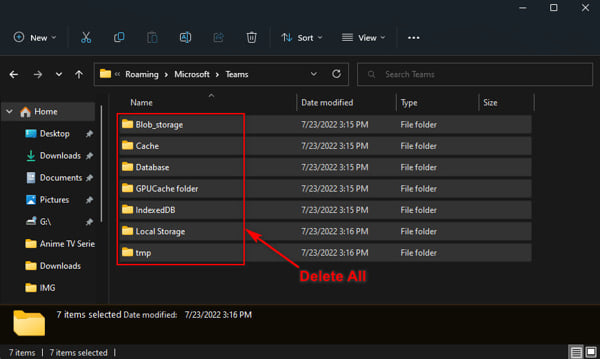 After that, restart the Teams software, and the problem will be solved. (It would be better if you restart your computer instead).

The two above solutions should do the trick, as these are the methods that came from Microsofts forum. But still, we do know that these are temporary solutions to make use of it until Microsoft fixes the issue from their end.

However, there are some users who suggested a solution that may solve the issue. And that is to disable the GPU acceleration settings. Although we can’t guarantee if it will actually work or not, still, it’s worth a try.

To disable the GPU acceleration settings, follow the below steps. 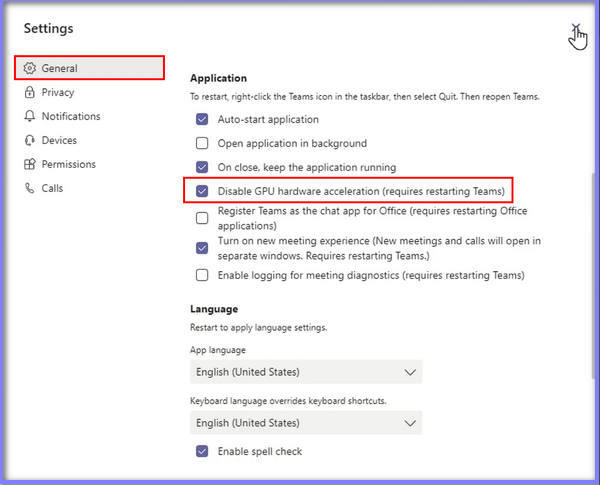 Once you have all the steps above, open Microsoft Teams and check whether the problem persists or not. Now, there shouldn’t be any problems regarding the arrow keys not working in the Teams issue.

Please ensure that you follow the guidelines that are provided below: 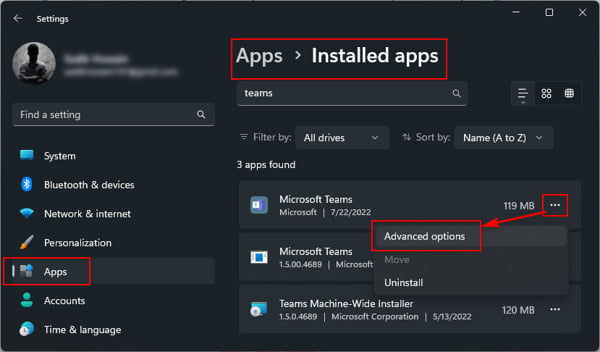 In this way, you can easily reset or repair an app in the Settings.

Software updates are regularly sent by Microsoft Teams in order to improve the functionality, performance, security, and dependability of the program.

Because of this, it is essential to ensure that you are using the most recent version of Teams at all times.

Upgrading the Microsoft Teams app will likely resolve the issue where you are unable to utilize the arrow keys when using Microsoft Teams. It is also not so surprising that an app that has not been upgraded in a significant amount of time may continue to present you with a range of issues similar to this one.

As a result, bringing the program up to date will aid you in fixing any issues, including the inability to utilize the arrow keys in Microsoft Teams.

In most instances, the Microsoft Teams app will automatically update itself once a new version is released. Nevertheless, in order to manually update it, the following steps need to be taken: 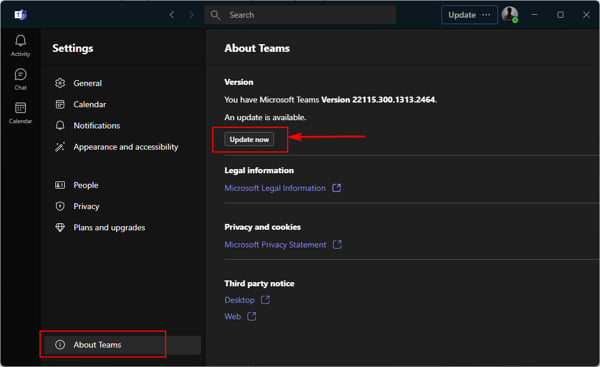 After that, Microsoft Teams will scan for available updates, and if there are any, it will quickly download and install those updates.

If you are having problems with the keyboard in Teams, such as the shortcut not functioning (CTRL + A), the arrow keys not working, or even if you are unable to type in any way, the very first step you need to do is determine whether or not the problem is connected to the hardware.

Opening a separate program (such as Microsoft Word, Outlook, or another program of your choice) or a web browser and attempting to utilize the arrow keys on your keyboard is the simplest method to verify whether or not hardware is the case.

If you are still unable to move the cursor using the arrow keys, the problem most likely lies with the keyboard itself.

In the event that this is the case, you will need to do some troubleshooting and cleanse your keyboard. Proceed with looking for the user manual by using the brand and model number as the search criteria.

If the functionality of your keys is as you would expect, the Teams application is most likely to blame.

Why are the keyboard arrows not working in Teams?

How can I fix my arrow keys not working problem?

So, now this brings us to the end of our article on how you can solve the problem of the left and right arrow keys not working in Microsoft Teams. We have provided two distinct ways of solving this problem. We hope you found this guide useful and fixed your problem.