AMD’s Ryzen 6000 CPU series has finally arrived! After having a profitable campaign with the 5000 series of CPUs, AMD began their product introductions for 2022 with the latest generation of processors for the laptop market, which is the AMD Ryzen 6000 series.

This article will provide you with all of the information you want on the MD Ryzen 6000 CPU series, including the release date, specifications, price, and everything else we know! 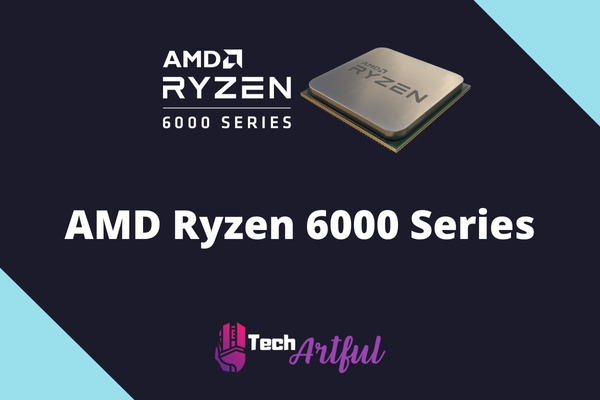 In addition to providing unrivaled integrated graphics to laptops, the new generation of CPUs is manufactured using a more efficient process, which enables these to run at faster clock rates.

So, are you wondering what is the release date of AMD Ryzen 6000 or what the price would be? Then sit tight and keep reading this post until the end. Because in order to bring you up to speed, we have compiled a list of the specifications, prices, and benchmarks for Ryzen 6000 in this post.

During the keynote address that they gave at CES on the 4th of January 2022, AMD made the Ryzen 6000 Series its official product announcement. There are a total of thirteen new mobile central processing units, with the importance placed on high-end devices as well as small and light laptops.

AMD’s brand-new Ryzen 6000 series processors have started appearing in AMD’s newly released Ryzen laptops, which have just begun appearing on store shelves. Because there will be 13 unique Ryzen 6000 CPUs and more than 200 laptops in 2022 with these latest AMD processors, the cost will vary based on the config of the laptop and the store.

It is anticipated that the first devices powered by Ryzen 6000 will become available in the market in February. However, it is quite possible that further Ryzen 6000-powered products will become available all year round and even some of it in 2023. This covers laptops that can be used for work as well as gaming, and they come from manufacturers like Dell, Razer, Acer, Asus, Lenovo, and HP.

And surprisingly, with the ASUS Zephyrus G14 and a flagship Ryzen 9 6900HS, one of the first laptops to be released, they achieved just that. This laptop is easily one of the finest, though not the greatest that AMD has to offer.

It is anticipated that by the end of the year 2022, there will be even more than two hundred distinct Ryzen laptop models available. A release that has a lot of potential for AMD.

Despite this, the Ryzen 6000 Series will not feature any desktop CPUs in any of its products. They are going to be held in reserve for the Ryzen 7000 Series, which AMD has revealed is now in the process of being developed in preparation for its launch in the second half of 2022, which is in the fall.

Later on, in the year 2022, it’s also likely that Ryzen 6000 central processing units (CPUs) may be made available for use in desktop APUs.

However, it is possible that Zen 4 mobile chips may also be released in 2022, although it is more likely that they will be marketed under the Ryzen 7000 (or even 8000) brand; hence, this topic will be covered in another article.

The Zen 3+ architecture, upon which Ryzen 6000 central processing units are built, is an improved version of the Zen 3 architecture that is found in Ryzen 5000 processors. The improvements were made possible by using a less labor-intensive production method.

Ryzen 6000 used TSMC’s 6nm technology, whereas Ryzen 5000 utilized the slightly bigger 7nm process. Both processes are referred to as “nanometers.”

This thinner manufacturing node is what has helped unlock greater clock speeds on certain designs, reaching up to 5GHz, and has freed up some room for more GPU cores on higher-end versions. In the past, AMD mobile CPUs have only been able to support a maximum of eight GPU cores.

However, with 12 GPU cores on board, thanks to the new RDNA 2 architecture, these new CPUs offer tremendous potential for supporting mobile graphics of a high caliber.

The revised AMD Zen 3+ core that is used in the production of AMD Ryzen 6000 processors is designed to give an improved performance while using fewer resources. When compared to the 5000 series, these chips are capable of clock rates of up to 5 GHz, have processor speeds that are 1.3 times quicker, and graphics speeds that are up to 2.1 times faster. 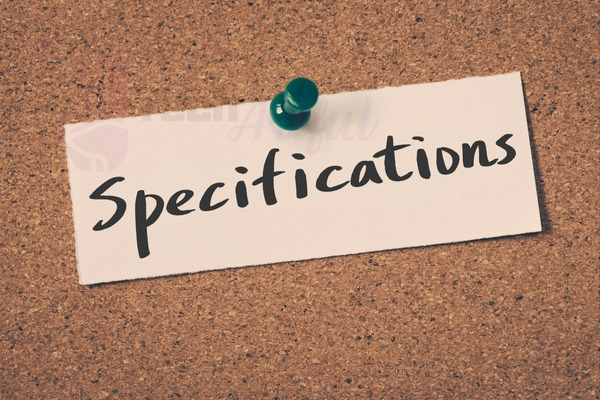 The speed can be rapidly adjusted using brand-new adaptive power management capabilities. This comes with a brand new function called deep sleep, which helps preserve power when the device is idle.

When it comes to power consumption, AMD claims that Ryzen 6000 central processing units use up to thirty percent less when used for video calls. According to the information provided by the manufacturer, the processors are capable of providing up to 24 hours of a continuous movie playing on a single battery charge.

Ryzen 6000 central processing units (CPUs) feature up to eight cores, each of which is able to do numerous tasks at the same time and is able to give up to 16 threads of processing capability.

Now, let’s take a look at the specifications of the H-Series and U-Series of Ryzen 6000 processors below:

Specifications of The H-Series Ryzen 6000 Processors:

Specifications of The U-Series Ryzen 6000 Processors:

In the latter part of this year, new Mendocino CPUs will join the ranks of these CPUs. On the same 6nm technology, these lower-tier designs will have as many as four cores and eight threads, and they will use the older Zen 2 architecture.

They’ll be equipped with an RDNA2 GPU right on the motherboard, and they’ll be developed specifically for use in Chromebooks and Windows 11 laptops with reduced power requirements.

The cost for these CPUs is largely determined by the companies that make laptops. On the other hand, since there are a plethora of Ryzen 6000 SKUs available, it is likely that laptops will be available in a wide range of pricing ranges. 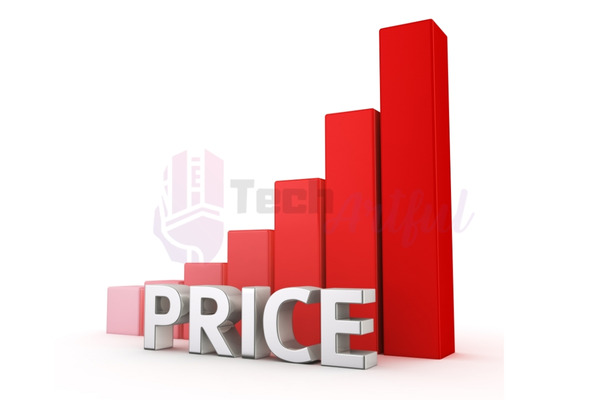 At this time, we do not have any alternatives that are less expensive; however, at Computex 2022, AMD outlined its future plans for the new laptops built on its Mendocino CPUs, which are scheduled to be released in the fourth quarter of 2022.

These will be geared for laptops running Windows 11 as well as Chromebooks, with prices ranging from $400 to $700. At Computex this year, AMD reaffirmed its commitment to release an additional 60 Ryzen mobile notebooks in 2022, signaling the impending arrival of further, more affordable mid-range laptops priced somewhere around $1,000.

During the Computex conference, AMD displayed new designs by HP, such as the Elitebook with a promised battery performance of 26 hours, the Yoga Slim 7 Pro X ultrathin 1080p gaming laptop, the Alienware M17 R5, and a new Legion 7, alongside custom designs from Origin PC and Corsair. They are all scheduled to begin operations during the next few months.

When AMD launched the Ryzen 6000 series of processors at CES, the company made a number of high-profile promises about the performance of the Ryzen 6000 family. According to reports, the Ryzen 6800U has a significant performance improvement over the 5800U, which was the most popular processor of the previous generation.

This improvement is attributed to the mix of new process nodes and increased clock rates. It is reported to perform up to 70 percent quicker in video encoding, and it is believed to perform more than 130 percent faster in 3D rendering.

Despite significant generation-on-generation advancements, the Ryzen 6000 cannot compete with the performance of Intel’s 12th-generation Alder Lake processors like the Core i9-12900HK.

In addition to its excellent raw performance, the Ryzen 6000 is also quite impressive since it has RDNA 2 integrated graphics. This is the same architecture that is used in AMD’s RX 6000 graphics cards.

The Ryzen 6000 Series comes equipped with support for Wi-Fi 6E and Bluetooth 5.2, in addition to USB 4. According to AMD, this may achieve rates of up to 40Gbps, which is sufficient to transmit a 4K video in less than seven seconds. Support for PCIe Gen 4, DDR5, and HDMI 2.1 is included as well.

Some of these graphics processing units (GPUs), such as the Radeon 680M, provide performance that is equivalent to that of previous entry-level GPUs, such as the GTX 1050. As a result, these GPUs are ideal for use in eSports gaming as well as previous AAA videogames.

DDR5 memory, compatibility for PCIe 4.0 and USB4, artificial intelligence noise reduction, and Wi-Fi 6E connection are some of the features that can be found on Ryzen 6000 graphics cards.

In addition to the enhancements in raw performance, Ryzen 6000 now comes with it some a far needed quality of life upgrades in the form of support for additional features. Newer generations of Intel’s processors have had a significant edge in that regard, in large part because the company has maintained a monopoly on Thunderbolt technology.

Compatibility for USB 4 is also included in Ryzen 6000, which, although not requiring the same amount of high bandwidth as Thunderbolt 4, is capable of supporting anything up to and including this standard. This aids in leveling the playing field a little bit.

Ryzen 6000 also includes support for Wi-Fi 6e for the speediest connectivity, and this is the first CPU line to combine Microsoft’s Pluton technology for significantly improved protection against hardware threats on data encryption keys and login details. Both of these features contribute to Ryzen 6000’s position as the industry leader in networking performance.

In most cases, an iGPU will make use of the RAM that is already present in the system as the VRAM. Therefore, a quicker RAM indicates that the performance of the GPU will be faster.

DDR5 memory will be used for the RDNA 2 iGPU that Ryzen 6000 incorporates within its architecture. As is already well known, DDR5 is still in its youth, but it is already much quicker than its predecessor, DDR4, and it has the ability to become even speedier as time goes on.

Even higher transfer rates of up to 6,400 MT/s are possible with LPDDR5. In order to put it into reality, the greatest speed that LPDDR4X can achieve is approximately 4,200 MT/s.

On Ryzen 6000, we won’t only find DDR5 memory; there will be other features as well. PCIe 4.0 will come standard on upcoming Ryzen laptops, allowing for significantly increased data transfer and storage performance.

Although this is one generation older than PCIe, which currently arrives with Alder Lake CPUs and will be launched with Ryzen 7000, gen four is more than sufficient for use in laptops. PCIe was released alongside Alder Lake CPUs.

The transition to USB 4.0 brings with it a significant increase in transfer rates for USB devices—up to 40 gigabits per second.

Over the course of the next several months, other modern laptops that are developed by the Ryzen 6000 mobile CPUs will become available. When we look at the comparative numbers that AMD has provided to us, it seems as if these new processors are getting close to being able to give great performance in the market for laptops. So, to get you up to date, we tried to inform you about the latest AMD Ryzen 6000 series processors. We hope by reading this post, you know about the AMD Ryzen 6000 release date, specifications, price, and everything else we know.