If you are a big fan of action role-playing video game but your most favourite game Dragon Age Inquisition Won’t Launch on your computer then this post will help you. 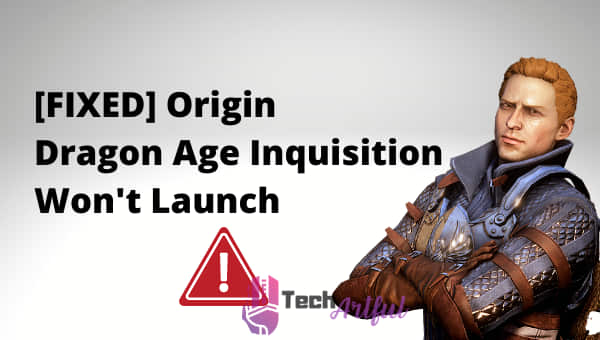 However, there are a lot of complaints appearing regarding the fact that Dragon Age Inquisition won’t launch in Windows 10. Although gamers try to run the program multiple times, it just won’t lunch. Despite the fact that Dragon Age Inquisition is a top-rated video game, there are a tremendous number of people who are facing this problem here and there.

Mainly Windows 10 users face the error consequently that doesn’t allow the player to execute the program. However, if you are looking for the perfect solution to solve this problem, then our well-researched solutions will help you for sure. We will also show you some of the reasons behind the problem. So, stick together with this article to solve Dragon Age Inquisition won’t launch problem.

If you know can figure out that what is the main reason behind the error, then you can easily understand and solve the problem. So we rounded up some of the major causes that can be the reason for Dragon Age Inquisition won’t launch problem. 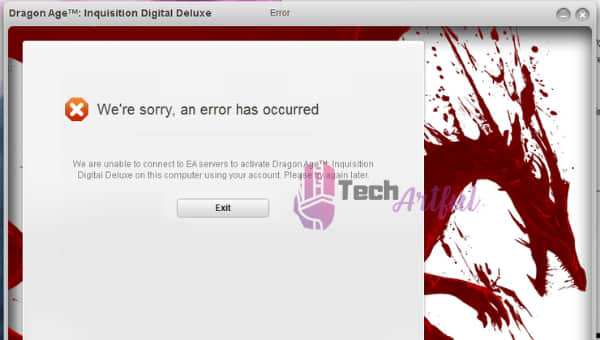 But before beginning, it would be great if you make sure that you have no difficulty with your internet connection. Also, check that whether your ethernet connection has a valid IP configuration or not. These factors may not allow the game to launch.

There are so many processes and services that run in the background. So, it is possible that some running services or processes can cause the problem. These running processes will often interfere while launching the game, and it will prevent it from being launched.

Sometimes in Windows, there are some background programs that we close directly, or it gets automatically closed. In such cases, if the game files still run in the background, then it will cause dragon age inquisition won’t launch error until those files are being closed from the task manager.

There are some possibilities that some of the major game files can be deleted by Windows defender or any other way. If the game files become corrupted or go missing, then the game won’t launch. All of the files are very important for running or executing a program. So, it’s obvious that a single missing or corrupted file can be the main culprit behind the problem.

Also read how to get discord on ps4.

There are so many games and apps that may not function or launch appropriately until you are granting admin rights; if you are using a Windows standard account, then you will need an administrator account to run these games.

By default, the game launches in full-screen mode. But sometimes, that feature may occur a conflict between the game and windows regarding some window elements. In such a case, you will face some errors like Dragon Age Inquisition won’t launch. So, you can try to play the game in another resolution.

On the other hand, VC Redist is also known as Visual C++ Redistributable, which is another major element that allows the game to run using pre-designed code or provides an individual installation for several apps. So, it is obvious that Direct X and VC Redist may conflict with each other that occurs some problems like Dragon Age Inquisition won’t launch.

To run a program, the first rule is, it should be compatible with Windows or the device that you are trying to play. There are so many games that may not get adjusted with the architecture of Windows 10. But the good thing is that there is a feature called compatibility mode that will allow you to run the program in the previous version of Windows.

How to FIX Dragon Age Inquisition Not Launching

Now that we know what can be the reason behind the problem, it’s time to solve it. But before jumping to the main troubleshooting, try to restart your computer once. Maybe it can solve the problem. But if the problem still remains, then proceed to the following solutions.

Every gamer knows that different games have different features and the way of using them. Some games can be played in lower build PCs, but those games which are way bigger will require a higher-end PC to run it. The same goes for this popular action role game Dragon Age Inquisition. If you want to play it, you should be able to meet the minimum requirements in order to function properly. However, to check that you have the minimum requirement, catch the following steps.

If you see that everything seems fine, but the problem still persists, then move on to the next fix.

It can be possible that some of the services are running in the background and causing the problem. Many times some windows services or even other third-party software can keep the necessary files of the game from running. And therefore, you face the issue. In that case, you can solve the issue by running a clean boot. To do that, follow the below steps.

As we already know that all of the game files are important in order to execute a game. Even if you delete a DLL file, then the game won’t launch anymore. However, in some cases, some game files may get corrupted or even go missing so, if you want to know if the game files are okay or not, then follow the below steps.

The DirectX and VC redist software are equipped already with the game. It is installed in the game installation folder. However, maybe the installed version of Direct X and VC Redist is old, so they may prevent the game from launching. Hence, in that case, you will need to be installing the newer version of DirectX and VC Redist, which is strongly recommended for the game. To do that, follow the given steps.

There are some games that don’t fit with the newest version of Windows. So, they often show some errors while launching the game, or sometimes they don’t launch at all. However, luckily, Windows has a wonderful feature called Compatibility Mode. With this option, you can actually run the program in the previous Windows version. So, follow the below steps to do that.

Now you should be able to run the game without any trouble.

Can you run Dragon Age Origins on Windows 10?

Yes, it does run on Windows 10. But there are so many gamers who faced several problems while launching it in Windows 10. For instance, the game crashes to the desktop, or an error saying Dragon Age Inquisition won’t launch. But you can try the compatibility feature of the windows to solve the problem.

Electronic Arts have recently launched the Dragon Age Inquisition for PC users. After launching, they offered a free trial version. But if you missed the offer, then you can simply buy it from any games stores.

Why won’t the origin app open?

It’s possible that the cache files of Origin are interfering with the app and not allowing it to be launched. In such a case, you can solve the issue by simply deleting the cache files by using Run.

Why does Dragon Age Origins keep crashing on the PC?

Dragon Age Origin is an antique game. So it’s likely there are some glitches that don’t function properly on the new system. But according to some players, you can solve the issue by lowering the in-game video settings. It might be able to stop the crashing problem and improve the performance.

However, we demonstrated some of the most useful solutions that can solve this problem. And all of these solutions are very easy and don’t necessitate any specialized person to implement them. After implementing these solutions, the game will run smoothly without any difficulties.